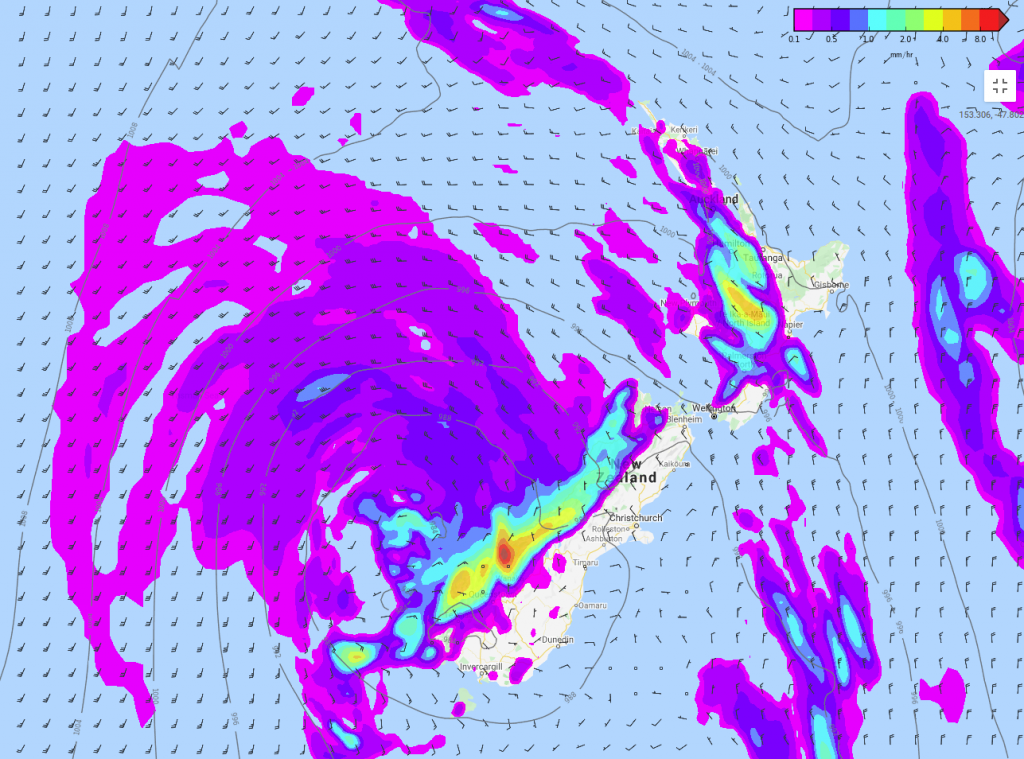 A front passes over the North Island today meanwhile a northwesterly airflow lies over the South Island.

As a front passes over the North Island today expect some rain in the west, spits spread to the east coast. Rain or showers for the West Coast of the South Island, late afternoon / evening showers about Southland and Otago.

North to northwesterly winds for most of New Zealand today, breezy for the western North Island, gusty through Cook Strait.

Western North Island (including Central North Island)
Dry first thing, there may be some sun then rain develops mid to late morning with a few heavy falls possible. Rain easing to showers mid afternoon as northerlies tend northwest. Conditions dry out in the evening.
Highs: 16-21

Wellington
Morning rain, easing to showers in the afternoon as gusty northerlies tend northwest. Drying up in the evening and there may be some sun late in the day before dusk.
High: 19-21

Canterbury
Mostly sunny, there may be a touch of high cloud at times. A few spits in the high country spreading from the west. North to northwesterly winds.
Highs: 19-24