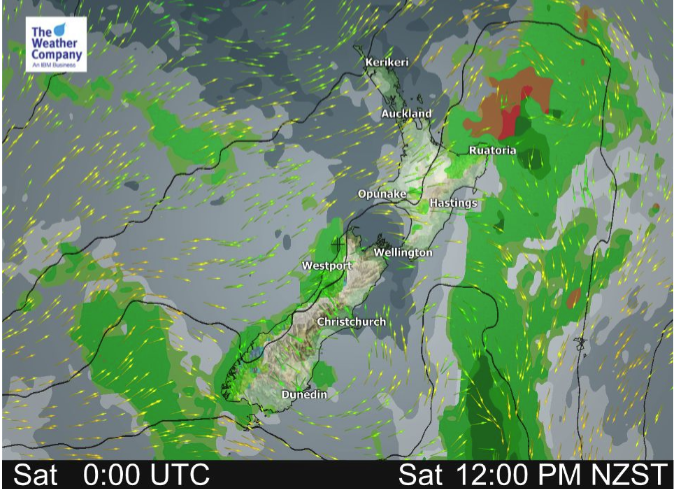 Canterbury
Mostly sunny then showers develop in the afternoon as light winds tend southeasterly, there may be a few isolated heavy falls or areas of rain by evening then clearing from the south overnight.
Highs: 16-18

West Coast
Showers, sun may break through at times. Showers may pick up for a time in the evening then easing. West to southwesterly winds.
Highs: 13-17

Southland & Otago
A few morning showers for Southland then becoming mostly sunny in the afternoon, Otago may be dry in the morning with some sun then expect afternoon showers, clearing evening. West to northwesterly winds, afternoon easterlies north of Otago Peninsula.
Highs: 14-16