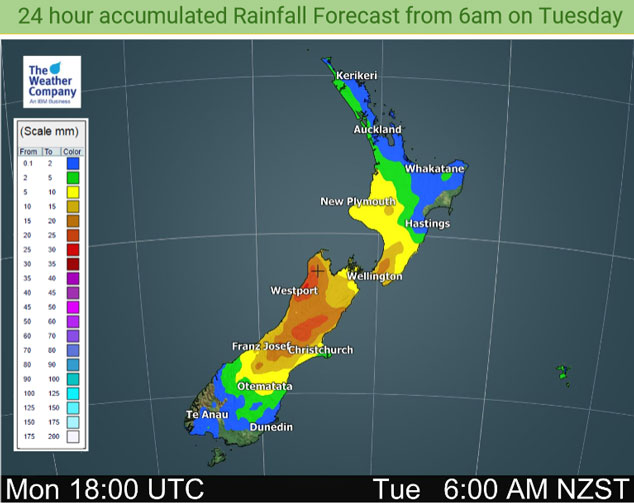 The odd light shower for the western North Island today, turning to rain about the lower North Island this afternoon then further north in the evening as south to southwest change pushes through. Rain for most of the South Island pushing into Nelson / Marlborough this afternoon, rain may be heavy. Easing about the far south this morning then clearing this evening.

Expect some snow for the South Island today, check out today’s national forecast for this information.

Mainly dry for the lower South Island on Wednesday, showers about the upper half clearing during the morning. Expect rain or showers for the eastern North Island, isolated showers in the west.

Dry for most of the country on Thursday, most but not all regions. Expect a few showers for Fiordland in the South Island. A few morning isolated shower north of Auckland clear, showers for Hawkes Bay clear in the afternoon, easing about Gisborne however showers linger through the night.