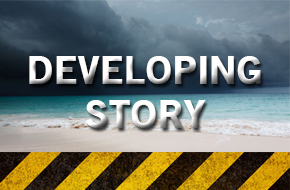 Queensland may see its first tropical cyclone in two years in coming days, although the situation is still hard to call.

A tropical low sitting more than 600km east of Cooktown is going to start moving towards Australia during the next few days. The system may intensify on the weekend and could become a cyclone before reaching Queensland’s tropical east coast.

While there is potential for a cyclone to make landfall over Queensland’s coast in a few days time, it’s still too early to tell how bad the situation will be.

Tropical Cyclones are one of the hardest weather systems to forecast from a few days out. Their rapid development and erratic movement make them difficult for computer models to predict.

At the moment, the main international computer models are not agreeing on how intense the system will be and when or where it will make landfall. However, they do agree that it will head towards Queensland during the next few days and eventually cross the coast.

Residents north of St Lawrence should prepare for heavy showers and thunderstorms from Friday onwards, driven by a trough ahead of the approaching low. More details about the risk of flooding, damaging winds and coastal inundation, which are commonly seen during a cyclone crossing, will become available in the days ahead.

If cyclone watches or warnings get issued for this system, they will be available here