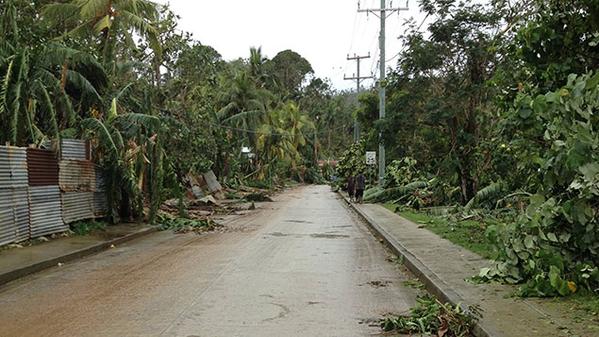 It weakened before it made landfall, but former super typhoon Maysak has still left a trail of destruction in the Philippines.

At least seven people died and 26 people were injured when the storm struck the north-east of the country over Easter weekend.

The Micronesian states of Chuuk and Yap were the worst affected. In some areas up to 80 percent of homes have been destroyed.

“Many of the homes are no longer there,” Frank says. “We’re going to need not only immediate support for basic physiological needs but also long term support for rebuilding people’s homes and lives.”

“Support is really needed and anyone that can chip in and help out would definitely be appreciated.”

“If we don’t respond soon, it could deteriorate and become worse than it already is.”

Many of the affected islands are remote and kilometres apart, making recovery difficult.