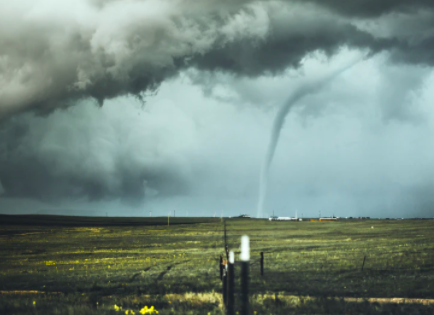 A few reporters have asked us over the past few days if a better job could’ve been made in forecasting the tornado that hit South Auckland.

The answer is both yes and no – but I’ll share with you the difficulty with warning of them and why we feel people need to focus much more on the thunderstorm risks than specific tornado risks.

Firstly – tornados that form in NZ often form in marginal conditions. By that we mean there is basically a 50/50 set up where we have instability and a good mix of warm and cold air. But the chance of a tornado forming is still quite low – and much lower for it to hit your home or a populated place and even lower still to carry on for more than a few hundred metres.

When we look at this past Saturday we did have some of the ingredients for a tornado. It was several degrees warmer than normal in Northland and Auckland – but colder from Waikato southwards. (Warm and cold air mixing is a classic tornado ingredient). It was also very calm over Auckland that morning (allows the air to spin easier higher up) and a band of rain with isolated thunderstorms was moving in. We also had low pressure moving in. But this similar set up could strike Auckland 20 times but only once have a tornado form – and it may form at sea as a pretty waterspout, not a deadly land based tornado.

So it then comes down to what do forecasters say to the public?
We already get a lot of complaints about thunderstorms never occurring when they were in the forecast (many people tend to ignore words like “chance of” or “maybe” and instead see the thunderstorm icon and so expect a storm). Tornados are even less frequent and less likely than a thunderstorm – but just about every tornado is associated with a thunderstorm or squall. So if we warned of tornados with each thunderstorm it would fast turn into the “boy who cried wolf”.

In fact, if we look at Saturday’s risk zone you could probably say all of Northland and Auckland had a risk of an isolated tornado…a tornado that will only touch down for a few hundred metres in one part of both of those large regions. This becomes very hard to then warn the public about unless we’ve already seen a tornado form and can track it (this is what happens a lot in the USA).

Even on Saturday morning if we had suddenly noticed a rotation in the rain radar – how would we tell the particular street(s) most exposed to give them warning to hide when it may be minutes away (at best)? Also, how many people might take that warning as an excuse to look outside or even go outside? Some tornados can form for less than a minute – which means the 7.5 minute gap between MetService rain radar updates would mean it would form and disappear and we’d never see it on radar.

In the USA, where tornados are frequent, it’s much easier to be tracking them – mainly because they are much bigger but also because once a big tornado has formed that same front may carry on for 2000km crossing other states with multiple major tornados coming and going – so each new county the rain band moves into means forecasters can say this may have tornados (or “does” have tornados) – and people know how to take shelter. In fact thunderstorms in the US are so much bigger and more aggressive than the ones in NZ that forecasters can quite confidently warn of them. In NZ, as we say, many are small and marginal and live such a short time (despite the damage they can cause).

Auckland’s layout makes it harder
Auckland has hills, ranges and a gigantic coastline with two oceans. Our harbours are great breeding grounds for storms. You’ll find the Kaipara, Manukau and Waitemata Harbours all enhance thunderstorms and give fuel to tornados. (most damage occurs near these locations). But the hilly layout of Auckland means a tornado can form fast over a harbour – then disappear quickly as it moves into hilly areas.

What’s the solution?
WeatherWatch.co.nz is hoping to finally gain access to NZ’s rain radar data in the future and already WeatherWatch has an alerting system in place to automatically warn people (in real time) of heavy rain that is moving their way. These alerts would be useful as what we learnt from Saturday – and from the three other deadly tornados that have hit Auckland in just the past 10 years – is that they are all associated with squally/heavy rain events and thunderstorms. So while we don’t have the technology in NZ to warn of real time tornados, we do have the tech to alert for intense rain events like Saturday.

Learn to take thunderstorm risks in a new way
When a forecast shows a thunderstorm icon we all tend to think that means both lightning and thunder are on the way. However many times we don’t get this weather due to the conditions being marginal (or in Auckland’s case, thunderstorms are often occurring just offshore out at sea). But thunderstorm weather brings a number of risks – not just lightning… from hail to damaging squalls to flooding and tornados. Perhaps the future of forecasting in NZ should shift away from the traditional “thunder/lightning” icon and instead show a symbol of ‘significant instability’ – that the atmosphere is unstable and that the weather today could be damaging/deadly – rather than just the pretty thunderstorm icon. Because in NZ we don’t get tornados without squalls and/or thunderstorms… and we don’t want to warn that we have the conditions for a tornado 20 times in a row with nothing ever happening.

We can’t warn of every event – especially incredibly short lived localised events like Saturday’s tornado – but we can help people understand the type of weather that produces tornados and perhaps the best place to start educating people is that when a thunderstorm is forecast the most important takeaway you can get from it is that the atmosphere is more unstable and therefore more dangerous – even if you don’t have a classic thunderstorm over your house.

Our thoughts today are with the family and friends of the worker killed at Ports of Auckland on Saturday and to those directly impacted by this damaging tornado in Wiri.

Brilliant article Phil, I thoroughly enjoyed reading it and gaining this knowledge about these weather conditions.
Well done. Shows why WW is the leader.