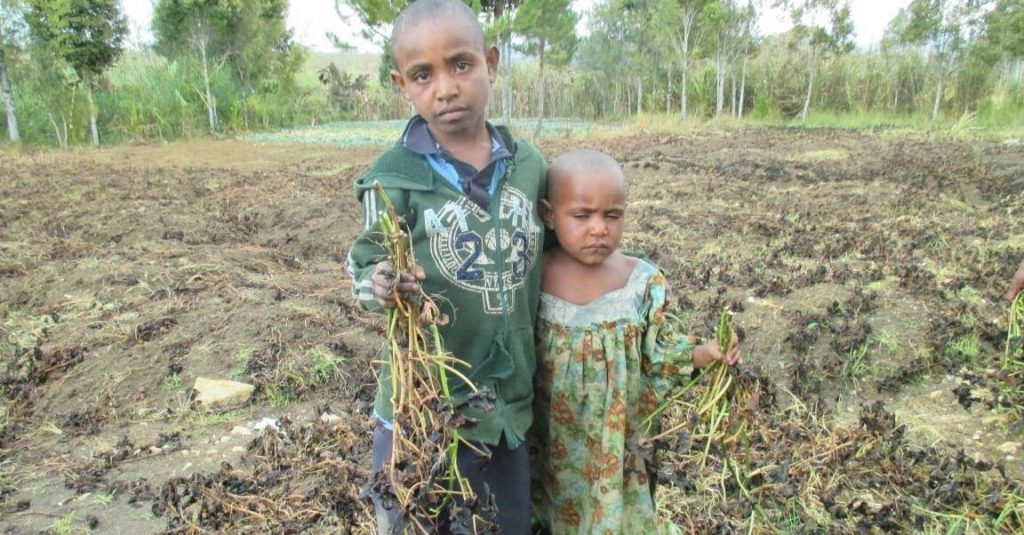 Children at an orphanage in Papua New Guinea’s drought-hit highlands may die from lack of food and water, its director says.

Rosa Kepo, the director of the Bible Faith Orphanage Outreach Centre in Mount Hagen, said some children at the orphanage had already died while others ran away to try to fend for themselves.

Ms Kepo said the orphanage’s food gardens had been infected with worms that have spoiled crops and the children had to walk long distances to fetch water.

“They cannot walk because they do not have good shoes to wear and they’re weak,” she told Pacific Beat.

“And when they walk back from school, they are already weak and tired.

“It’s not going to be good for the children.

“They will die [with] no food, they will starve.”

Ms Kepo said she was also concerned about the children’s mental health, as they had been deprived of basic necessities.

PNG has been hit by severe droughts and frosts in recent months, with a state of emergency declared in the Southern Highlands and Enga province, where church leaders claimed in September.

El Nino has been blamed for the extreme weather conditions and PNG’s National Weather Service warned the El Nino phenomenon is expected to last until March 2016.

The effects are expected to surpass the 1997 event that adversely impacted around 3 million people, it said.

Ms Kepo said the lack of food was affecting the children’s attendance in school.

“We do not have food, that means it’s starvation until the children won’t be able to go to school,” she said.

“It’s very difficult. There is no-one I can turn to.”

Only 50 children are living at the orphanage at the moment, Ms Kepo said, down from the 200 who were staying there when it opened.

Ms Kepo said many of the children ran away or were living on the streets exposed to drugs and diseases.

She said she was worried she would lose more children if the orphanage did not receive help from authorities.

“Either I will lose them or they will go into the markets or on the street and then they steal, like the people who do not have jobs,” she said.