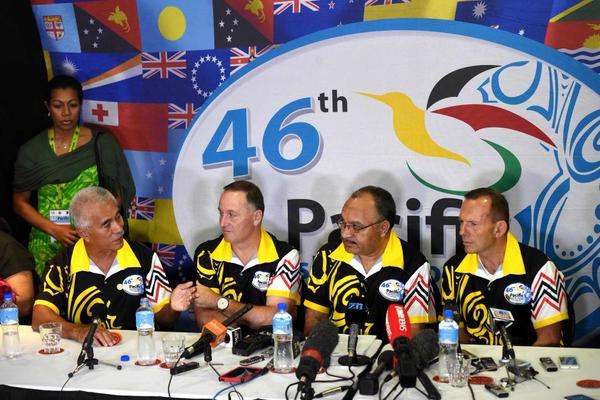 The Pacific remains divided when it comes to the issue of climate change.

Pacific Forum Leaders have agreed that climate change is the biggest threat to the region.

But Australia’s Prime Minister has made it clear that agreement doesn’t see policy changes from the forum’s biggest members.

“Australia and New Zealand have made no additional commitments when it comes to climate change.”

Kiribati President Anote Tong said it’s not the outcome they were after, “but I think we must respect that. Whether we accept that or not is a different question.”

Mr Tong said countries like his, on the front line, are facing a problem.

“Unless we can do something very significant about it, it’s going to be quite a serious issue for us.”