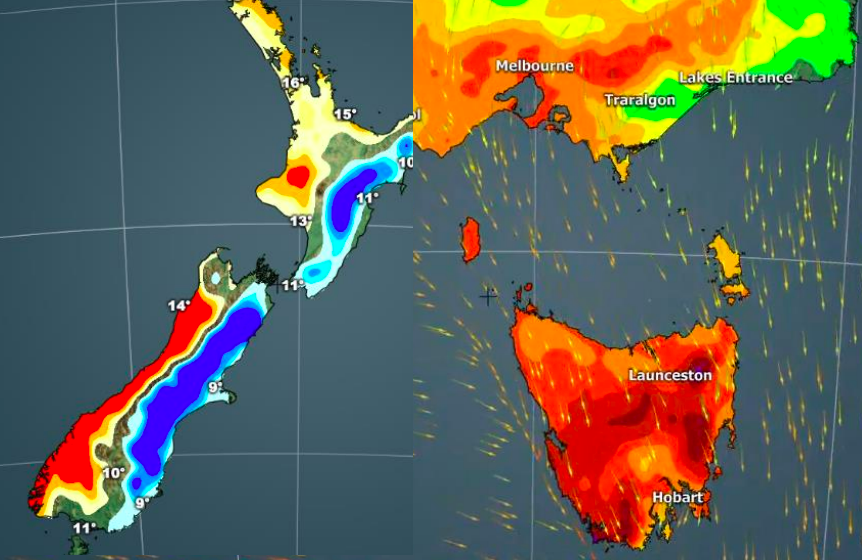 Here are maps and highly detailed bullet points covering the main weather highlights this weekend and for the final days of August across NZ and Australia.

WeatherWatch.co.nz is proud to be an IBM / TWC business partner for New Zealand. If you’re a business and would like access to the World’s Most Accurate Weather Forecast data for your commercial solutions, please use the Contact form and we’ll be in touch. No matter how small or how large your organisation is, the power of IBM Watson means WeatherWatch.co.nz has a tailored solution for you.