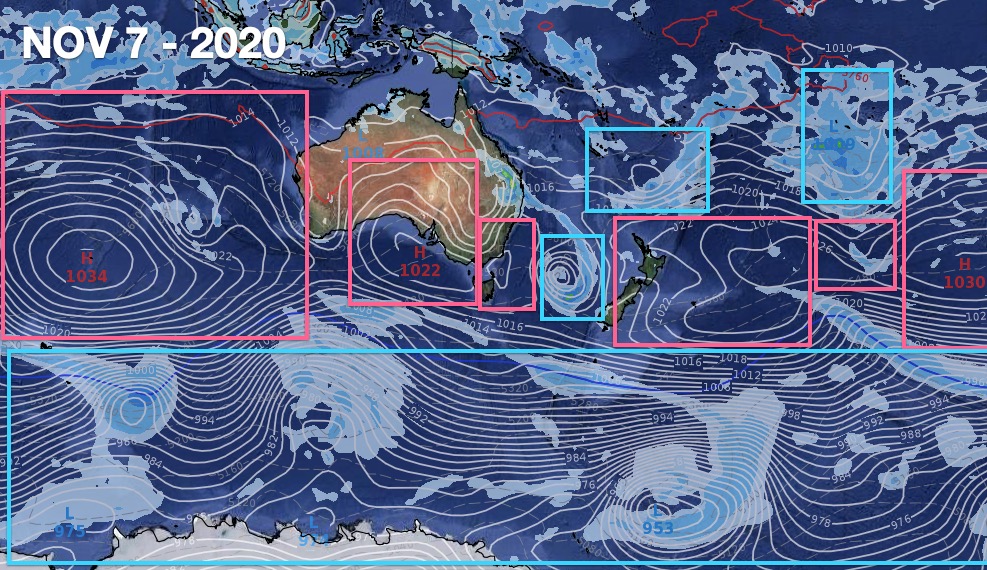 La Nina is developing but indicators suggest it may not be overly powerful. What does this mean for NZ as we head into summer?

Firstly, we’re noticing a few changes with our weather pattern from previous months.

The airflows in November look to be quite mild compared to usual with plenty more mild sub-tropical air coming in. Generally speaking New Zealand may climb over 1 degree above normal for November.

This added warmth and humidity may be a positive for dry areas as it increases the risk of afternoon downpours (some with thunder). These downpours, if they form day after day, can create some great localised rainfall totals. The downside? Not everyone gets them.

WHERE THE HIGHS AND LOWS WILL LIE OVER THE NEXT FEW WEEKS:

this is really positive news dont you think. i hope a thunderstorm hits my part of auckland takanini (not far from hunua actually) 🙂 im really concern for cantubury though. if they get drier and drier they be in drought and in crisis.