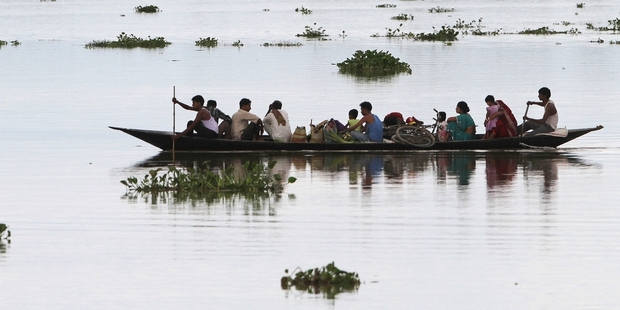 The death toll from landslides and flooding triggered by torrential monsoon rains in Nepal and northern India has climbed to at least 109.

The downpours have also displaced thousands in the scenic Himalayan region and revived memories of a deadly deluge last year that killed more than 5000 people in the Indian state of Uttarakhand.

The rains in Nepal over the past three days had killed 85 people and left more than 100 others unaccounted for, national disaster management chief Yadav Prasad Koirala said.

“We have recovered 85 bodies so far, 54 people have suffered injuries due to landslides and flooding over the last three days and 113 are still missing,” Koirala said.

“Because of the damage to roads in the area, we can only deliver relief supplies like tents and medicines by helicopter,” he said.

Heavy downpours in India have triggered landslides and flooding that have claimed at least 24 lives since Friday, according to government officials.

In Uttarakhand state, seven people were killed in their sleep by a landslide as monsoon rains pounded the hilly region.

“Seven people were killed while one woman was pulled alive by rescue workers from the debris of a house which collapsed due to overnight rain,” district magistrate Chandresh Yadav said.

According to officials in Pauri district, at least 50 families were stranded and the army was being deployed to evacuate them.

With more rain predicted, state authorities have sought reinforcements from the army and the air force.