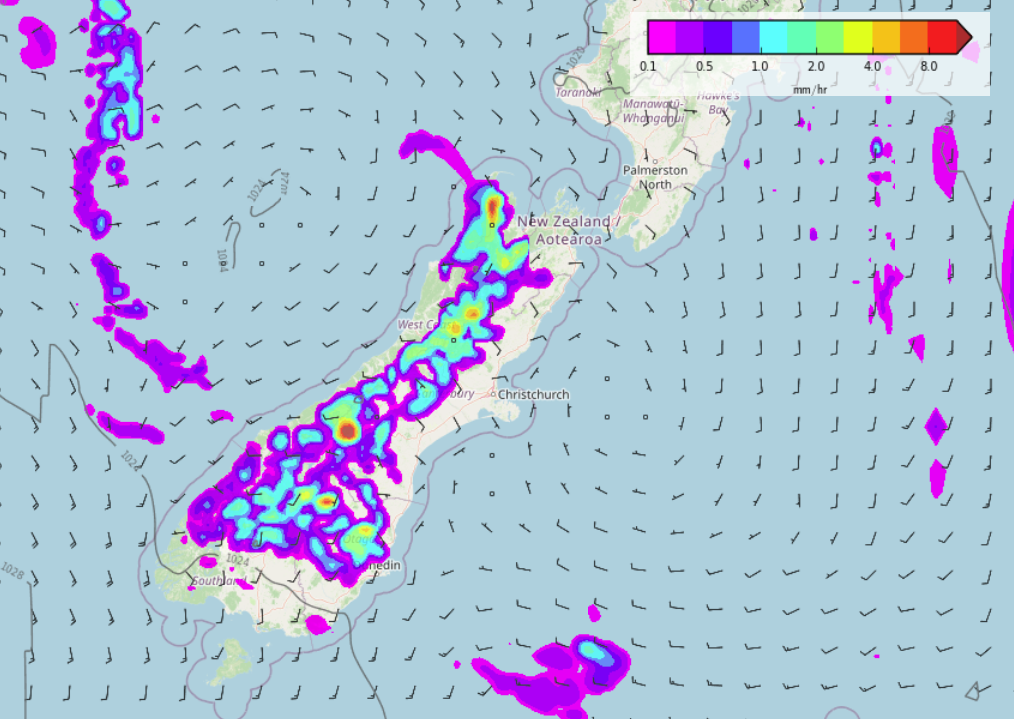 A COLD START THIS MORNING

Due to high pressure and where skies are clear temperatures this morning are a bit chilly, not exactly a frost yet but some places may start out around 2 or 3 degrees for both the inner South and North Islands.

About the ranges of the South Island isolated showers develop tomorrow afternoon due to some instability in the atmosphere, one or two showers may be heavy then clearing in the evening. Instability doesn’t look overly strong though so a risk of thunder is low but one or two rumbles may be heard.

THURSDAY THROUGH TO THIS WEEKEND IS SETTLED

A weak front pushes over the country starting out about the lower South Island tomorrow afternoon then reaching the North Island on Wednesday, once this is out of the way high pressure moves in and brings mainly settled weather through to this coming weekend. A southeasterly airflow for northeastern parts of the North Island brings a few showers at times from East Cape through to eastern Northland Thursday through to Sunday otherwise it is looking mainly dry.

The below image is a “Precipitation (% of normal)” map for the 10 day period, 27th February – 7th March. Red is drier than normal, blue is wetter than normal. As we can see most of New Zealand for this period is looking mainly dry. Eastern / southeastern Australia on the other hand is looking rather wet.