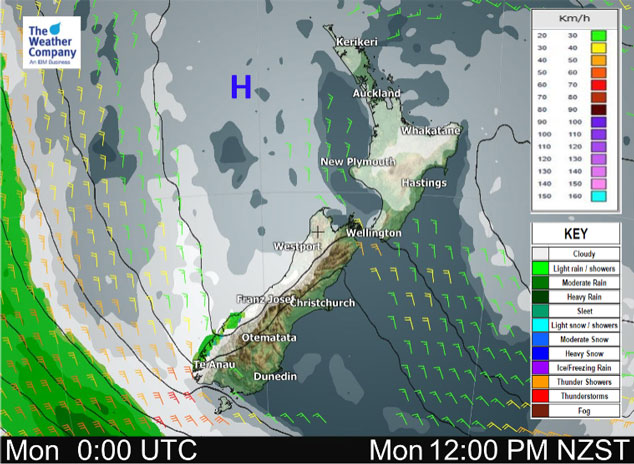 A mix of sun and cloud for the upper North Island today, winds are light tending northeasterly in the afternoon. Low risk of an isolated shower in the afternoon for Northland and Waikato then clearing in the evening. The lower western North Island has mostly sunny weather, cloud more frequent inland away from the coast, winds from the north or northwest. There could be a light shower about Taranaki and perhaps Kapiti now and then. A sunny day for the east coast, light winds in the morning, afternoon northeasterlies for Hawkes Bay / Gisborne.

There could be a morning fog patch about inland areas then again overnight but this time just for the upper North Island.

A mostly cloudy day for the West Coast with some drizzle or the odd shower at times, westerly quarter winds. Parts of Buller may be mostly sunny. Nelson down through to Southland in the east has sunny weather, a touch of high cloud gradually moves into the lower South Island during the afternoon / evening. Winds generally from the north or northwest but afternoon northeasterlies possible about eastern coastal parts.