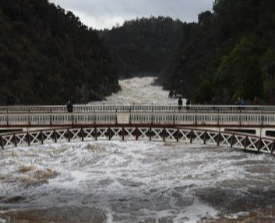 Another frankly crazy week around the weather world, with some big events and headlines both at home and abroad!

Let’s start in the USA, where another week brought another tornado – as Travis Hafield posted a video to his YouTube channel last weekend, showing what appears to be either a tornado forming, or a very well-defined funnel cloud, as tornado sirens wail in the background in the Montana town of Baker.
Check out the footage, here.

A little farther afield, in outer space, a new global study on light pollution found this week that the Milky Way is no longer visible to more than one third of the world’s population.
The study reveals that 60% of Europeans and almost 80% of North Americans cannot see the glowing band of our galaxy because of the effects of artificial lighting, while it is imperceptible to the entire populations of Singapore, Kuwait and Malta.

Staying in world weather news, a new study from the National Center for Atmospheric Research (NCAR) says there is an 80 per cent chance that any summer between 2061 and 2080 will be warmer than the hottest previously on record, on every continent except Antarctica, which the study’s authors say wasn’t included in the survey.

A little closer to home, and the best June rain in more than 10 years has fallen on parched ground in central-west Queensland.
Almost 60 millimetres was measured in the Longreach Airport gauge at 9:00am, which was the most rain for a single day in June since 2005.
This was the third rain event in as many weeks, bringing the monthly total up to 114 millimetres, smashing the previous record by 17 millimetres.

Trip from Longreach to Winton yesterday was a wet one but no complaints. #emu16 @LGAQ pic.twitter.com/0ID4toqX91

Meanwhile, further south, in Tasmania, Energy Minister Matthew Groom has requested a detailed explanation from the Government-owned electricity business about why Hydro Tasmania ran a cloud seeding flight while a huge east coast storm front tracked towards the state.
Cloud seeding is a technique used to increase rain to bolster dams and involves the addition of a substance to suitable clouds to encourage the growth of ice crystals or raindrops.

Back at home, our own very dry Canterbury region is yet again surrounded by rain-makers this month – but the forecast for the region is still a mostly dry one for the next 10 to 14 days ahead, says WeatherWatch.co.nz.
While the outlook isn’t all doom and gloom, with rain-makers increasingly approaching the Canterbury region, the angle the rain is coming from still isn’t the most favourable for soaking rains in all the areas that need it most.

Since our breaking news this month that the New Zealand Government is finally going to officially investigate public weather data being truly opened up from NIWA & MetService’s commercial sales people, we’ve had some fantastic support from various organisations, including Land Information New Zealand (LINZ).
This morning their Open Data project on Twitter (@OpenDataNZ) is asking New Zealanders to vote for the most important NZ datasets they would like to see opened up.

You can read more about Philip Duncan and his fight for open access to taxpayer funded weather data, here – in The Spinoff.

And finally, have a gander at what your weekend looks like weather wise, with Philip Duncan, here – as well as voting in this week’s poll, below!