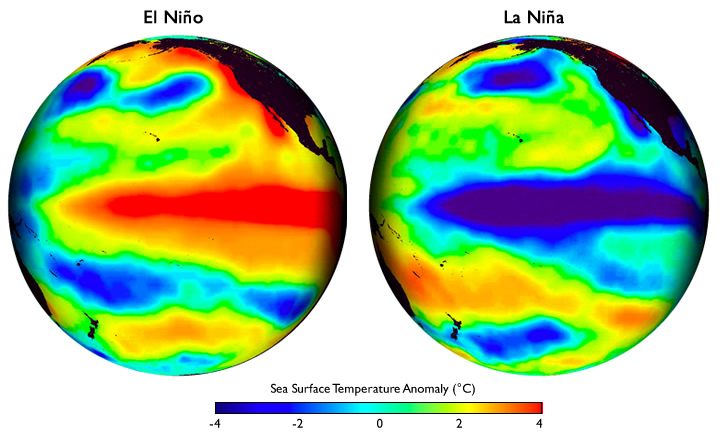 Global forecasting for a severe El Nino weather pattern has been downgraded, due to a large wave of cool water in the eastern Pacific Ocean in February.

“Wind conditions in May and June, and early passage of the big oceanic Kelvin wave during February through April, led to loss of a large volume of warm water on the equator before your winter, thereby reducing chances for a major El Nino event this year,” Dr Roundy said.

“However, conditions right now are roughly consistent with conditions during late October of 1986 (which was a late starter).”

“There isn’t so much potential for a major event like there was in the spring.

“But I still think the potential for an El Nino event is greater than 60-65 per cent.

“The chances of a major event are lower, but a moderate event remains possible.”

Meterologists say they cannot predict more than a week or so ahead. If they are telling the truth then he was guesing then and is still guessing. It is why he was wrong then and still wrong. The moon drives the currents that monitor the El Nino reversal. It is a regular cyclic beat. There is absolutely no chance of El Nino before next autumn, as my website and Yahoo articles have been saying all year.