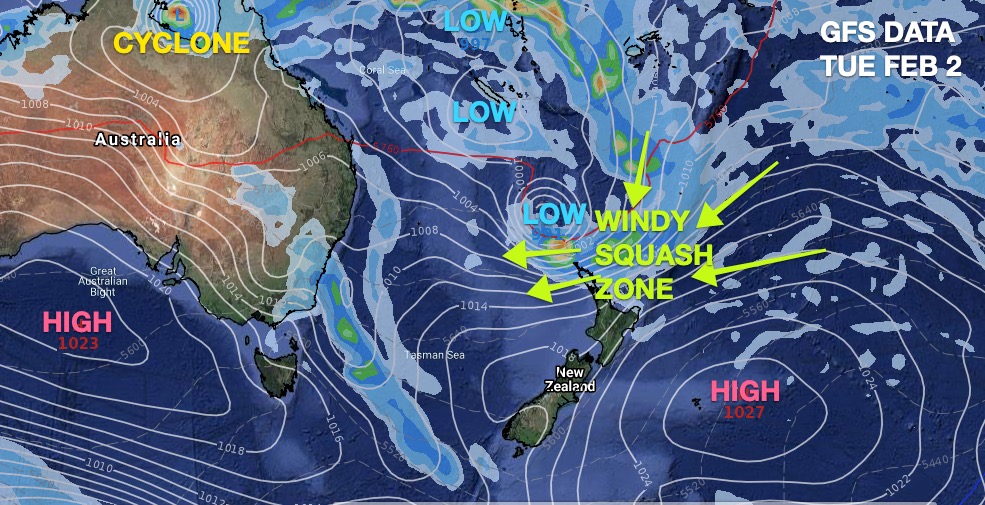 La Nina has likely peaked now and while NZ has been sheltered from much of the La Nina weather pattern that may change next week.

Modelling suggests there is a large pool of low pressure forming well north of NZ this weekend (as a high moves over NZ itself).

This area of low pressure is so large that it’s far too early to be able to lock in any likely tracking. This is because any potential sub-tropical low has a several hundred kilometre wiggle room to develop in. Modelling last week suggested the Tasman Sea and South Island were vulnerable, today it’s showing northern NZ.

On top of the large area this low could move around in, the high pressure belt moving over NZ this weekend (and departing next week) will be the controlling factor with this low as it tries to drop south next week. If this high remains in place it will block the low from tracking into NZ.

Use your 10 day forecasts to make sense of next week as our IBM supercomputer crunches of hundreds of computer models each and every hour so that you don’t have to! Also, keep an eye on our daily news and video updates as we’ll be focusing on this low over the coming week.

Here are two possibilities for February 2nd. Neither models are locked in yet.