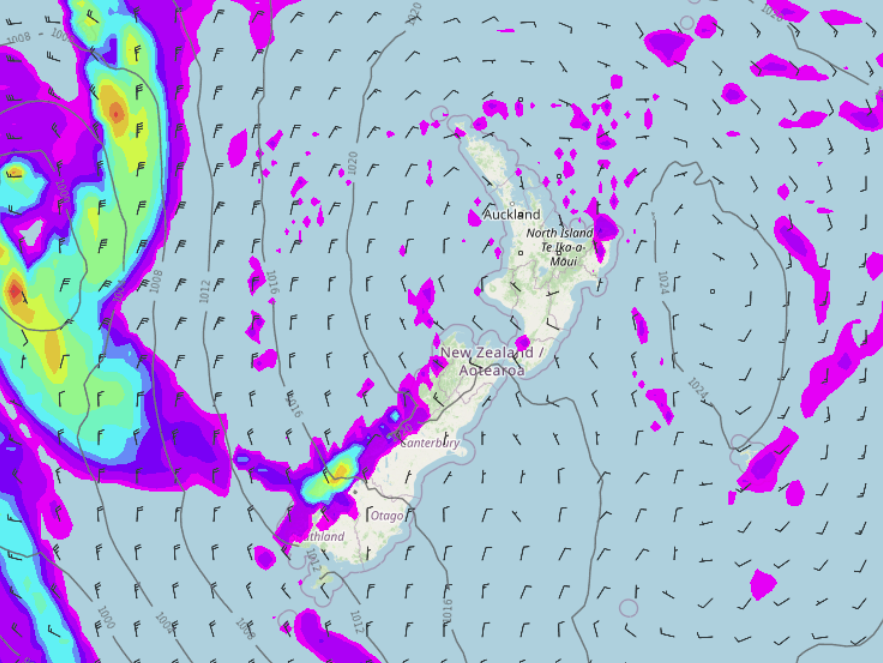 Mainly settled for New Zealand today thanks to a high pressure system which is centered out to the east of the North Island, a northerly airflow is starting to build over the South Island though.

Dry for most regions today but there is the chance of a shower or two for some in the north, also expect some rain about South Westland. Temperatures popping up into the mid to late teens for some in the east and about the upper North Island.

Northland, Auckland, Waikato & Bay Of Plenty
Morning cloud breaks to afternoon sunny areas, there could be a few patches of fog morning and night. Also the chance of a light shower or two but mainly dry weather is expected overall. Light winds.
Highs: 15-18

Western North Island (including Central North Island)
Cloud breaks to afternoon sunny areas, there may be a light shower at times for Taranaki and Kapiti. Northwesterly winds.
Highs: 11-17

Wellington
Cloudy areas, there may some sun break through at times from afternoon. Perhaps a light shower or two also mainly about Upper Hutt. Northwesterlies.
Highs: 15-16

Canterbury
A mostly sunny day, there may be some high cloud now and then. Light winds tend northeast near the coast in the afternoon.
Highs: 11-15

West Coast
Mostly cloudy although Buller sees some sun at times, South Westland has rain for much of the day, more persistent in the morning. Northeasterly winds.
Highs: 13-15

Southland & Otago
Morning high cloud breaks to afternoon sun, there could be a few spits spread into the lakes district for a time from the west, mainly around midday. North to northeasterly winds.
Highs: 13-15