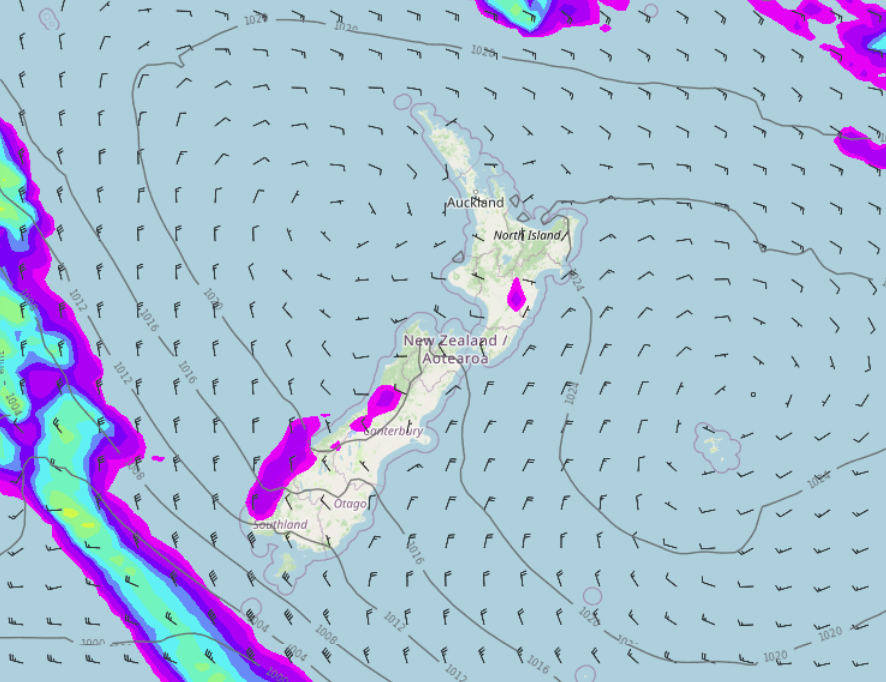 High pressure brings mainly settled weather to New Zealand today, the only risk of showers is for the West Coast and perhaps the ranges of Hawkes Bay / Gisborne this afternoon.

Marlborough & Nelson
Sunny, north to northwesterly winds pick up in the afternoon.
Highs: 19-23

Canterbury
Sunny with northwesterly winds inland, northeasterlies near the coast. Northwesterlies spread through to the coast in the evening.
Highs: 20-22

West Coast
Cloudy areas and the odd shower about South Westland, spreading into North Westland in the afternoon. Northwesterly winds. Buller stays dry with a mix of sun and cloud.
Highs: 15-20

Southland & Otago
Mostly sunny with some developing high cloud, northwesterly winds for most however tending northeast for the Otago coast.
Highs: 20-22