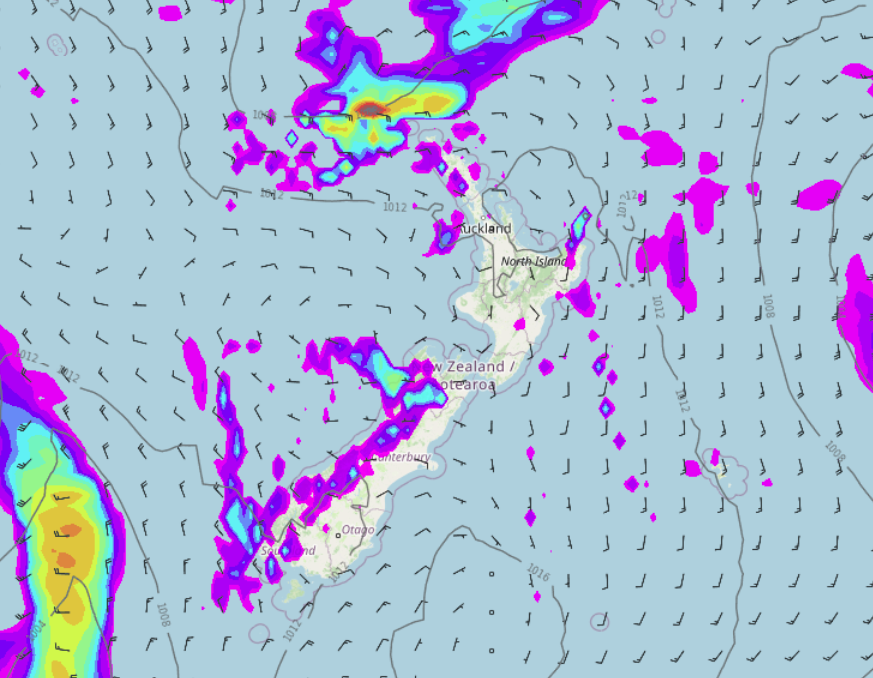 We have some weak high pressure covering the country today, a few showers clear for the eastern North Island, some appearing for the upper North Island this afternoon. The West Coast may see a few heavy isolated showers.

Northland, Auckland, Waikato & Bay Of Plenty
A mix of sun and cloud, a few isolated showers develop around midday especially for Northland. Waikato may remain dry till mid afternoon then Bay Of Plenty sees a few showers arrive in the evening. Light winds.
Highs: 19-23

Eastern North Island
Mostly cloudy, light showers clearing Wairarapa in the afternoon then elsewhere in the evening. Sunny spells start to break through from afternoon. Southerly winds die out at night.
Highs: 17-18

Marlborough & Nelson
Any morning cloud clears then mostly sunny, some afternoon cloud inland about the ranges though. Afternoon east to northeasterly winds for Marlborough, afternoon northerlies for Nelson.
Highs: 17-18

West Coast
A mix of sun and cloud, isolated showers in the afternoon about the ranges, one or two may be heavy with the low risk of some thunder then clearing in the evening. Overnight heavy rain moves into Fiordland. Light winds
Highs: 19-20