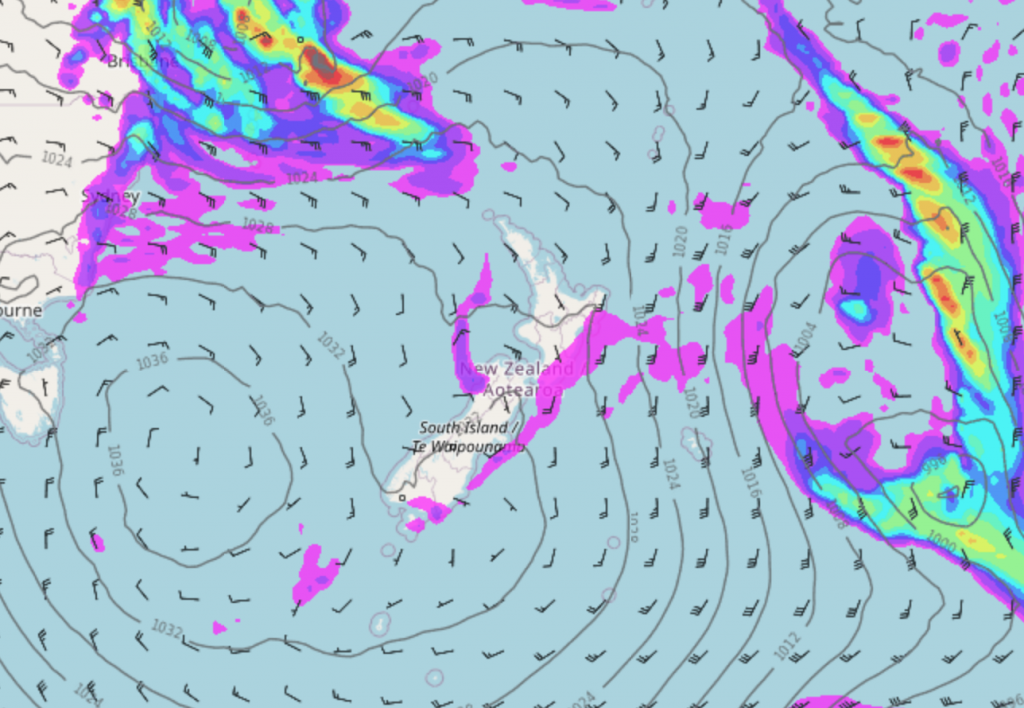 A southerly airflow lies over New Zealand today, this moving around a high in the Tasman Sea which is starting to nudge in. Cloud and a few showers in the east, drier and sunnier out west.

Western North Island (including Central North Island)
A mix of sun and cloud, southeasterlies fresh about the coast in the morning then gradually easing.
Highs: 5-12

Eastern North Island
Mostly cloudy with a few showers along the coastal fringe, showers push a little further inland during the afternoon as gusty southwesterlies tend more to the south and ease. Perhaps a few light snow flurries to 600m.
Highs: 10-12

Marlborough & Nelson
Mostly sunny with southerly winds, northwest Nelson and Tasman has some cloud and a shower or two, clearing evening.
Highs: 9-12

Canterbury
A mix of sun and cloud with a few showers about the coast, especially for Banks Peninsula. Southwesterly winds.
Highs: 4-11

West Coast
Mostly sunny weather, a trough brings cloud and a few showers into Buller from afternoon then Greymouth through to Hokitika at night. Light winds.
Highs: 8-13

Southland & Otago
Partly cloudy, skies are a bit cloudier for coastal parts with the odd light shower, light winds tend to the east in the afternoon.
Highs: 7-9