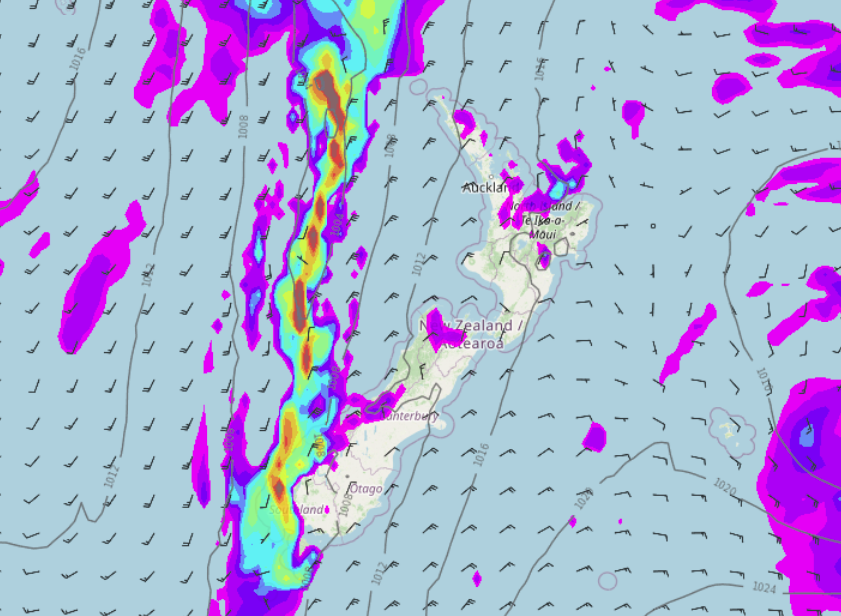 A northeasterly airflow lies over New Zealand today ahead of a front out in the Tasman Sea approaching the western side of the country.

Most regions are dry today but we have the odd shower in the west for some, some rain for Fiordland from afternoon.

Northland, Auckland, Waikato & Bay Of Plenty
Morning foggy areas then a mix of sun and cloud, chance of a shower or two mainly in the east. Northern Northland sees some late evening rain. Northeasterly winds.
Highs: 16-18

Eastern North Island
A mainly sunny day, there may be some morning high cloud. Light winds tend east to northeast in the afternoon.
Highs: 15-17

Marlborough & Nelson
Mostly sunny for eastern coastal Marlborough, elsewhere some cloud develops in the morning then expect a shower or two in the afternoon, clearing evening. North to northeasterly winds.
Highs: 14-16

West Coast
Mostly cloudy, the odd shower south of about Greymouth. Some rain possible for Fiordland from this afternoon. Northeasterly winds.
Highs: 13-17

Southland & Otago
Mostly cloudy, cloud may be a bit thinner about Central Otago with sun breaking through at times. Northeasterly winds, a little breezy for coastal Otago.
Highs: 13-14