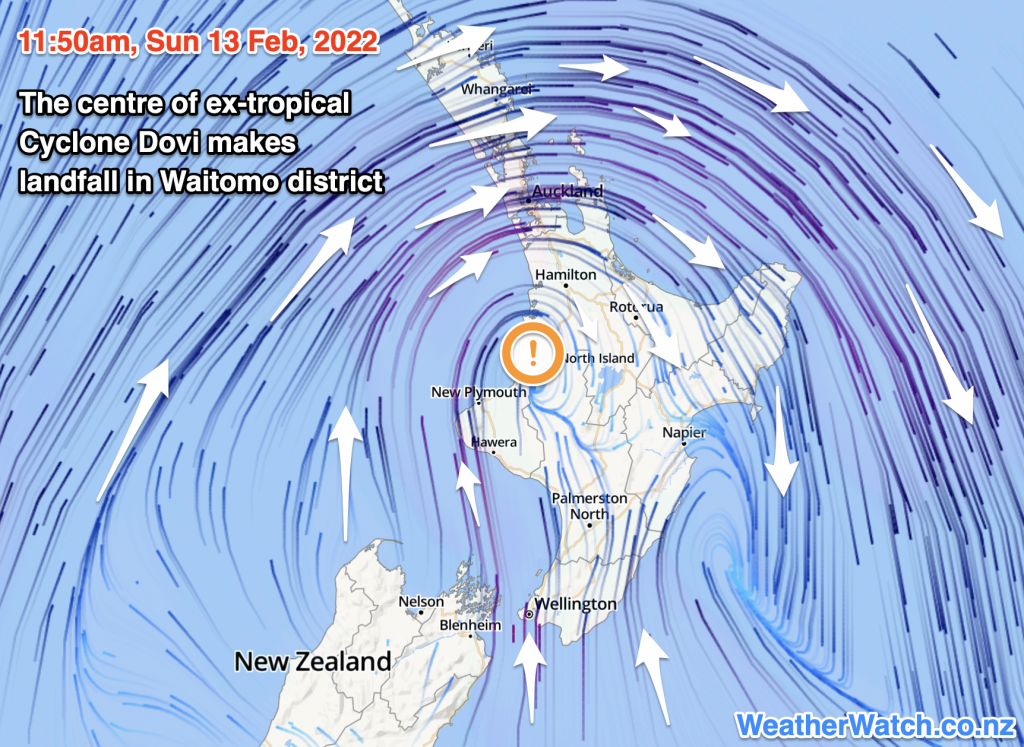 The centre of what was once a severe tropical cyclone is now falling apart over Waitomo in the Western North Island.

While the centre of an ex-tropical storm is very different to a tropical storm, it is still the focal point for where severe weather circulates. The worst weather isn’t actually over Waitomo, it’s mainly a couple hundred kilometres to the north in Auckland (easing mid to late afternoon) and a few hundred kilometres to the south in Wellington (also should ease later today).

Auckland may still have stronger wind gusts between 12 noon and 2pm with more power outages possible.

Southerly gales will later today and overnight tonight spread up the eastern North Island in coastal parts of Wairarapa, Hawke’s Bay and up to about Mahia Peninsula.

Winds ease in most places across Monday.

I recorded the sounds of the storm winds passing through the tops of tall Poplar trees on our property, like the sound of a freight train passing right in front of you.

I have uploaded an audio file but the volume does not do justice to the original sound, being greatly diminished after the upload.

Hi Paul, what a great audio track to listen to! Really has a solid, strong, sound to it. Also quite soothing – could be used as white noise for people to fall asleep to 🙂

Thanks for sharing
Phil D