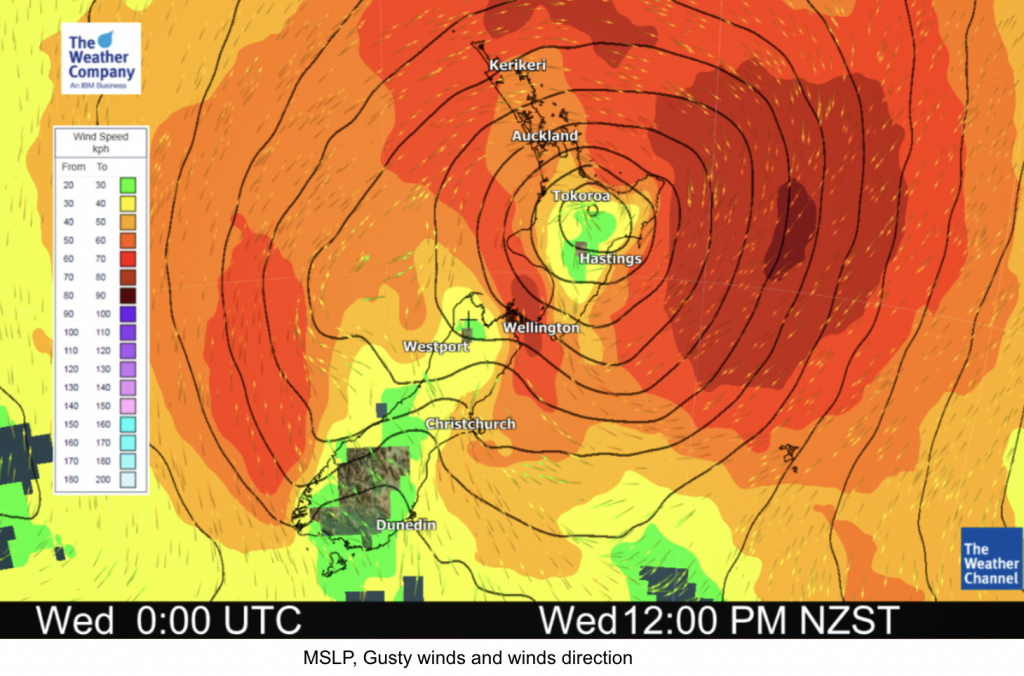 “Fili” is now an ex-tropical cyclone and will go through structural changes this weekend then deepen again as it tracks past/over New Zealand mid next week.

The low has the potential to grow back into a storm again (extra-tropical, which means the core of the storm is cold and no longer warm – which can allow the low to grow much larger than the tropical version was, but the energy is then spread further out from the centre).

Various competing reliable computer models are finally starting to align more with perhaps a slightly eastern lean to the system.

Severe gales and heavy rain – with totals potentially over 100 or 150mm in some localised areas – are both possible around Tuesday and Wednesday.

Latest guidance seems to suggests the low will be moving quickly over the North Island, meaning both wind and rain will be shifting around throughout the process, which means some areas may have quite low rainfall while others nearby have greater totals.

We’ll update again on Sunday morning with the latest details.

In the meantime, our IBM Supercomputer “Watson” is crunching ALL international modelling to bring you the most likely rainfall totals and wind speeds and barometric pressure for parts of NZ. Visit RuralWeather.co.nz or WeatherWatch.co.nz for more details.

THE MAPS/MODELS
There are dozens of global models and some forecasters can get lost in the weeds looking at them all. We follow a standard practiced by both CNN Weather and IBM’s The Weather Company, and that is to mostly stick with the two giants GFS (US) and ECMWF (Europe). Australia and Japan both also make trustworthy modelling which we sometimes include too.