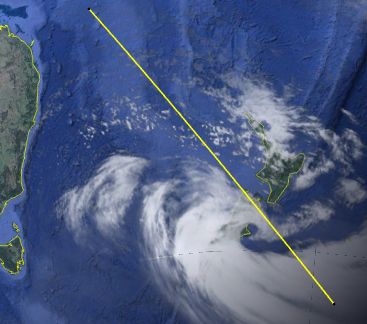 This low was intense. On Friday it had a central air pressure into the lower 960hPa range and covered an area over 3500kms wide, from east to west, north to south.

On Friday it was the second largest low on the planet.

The largest low is slightly bigger than the New Zealand one with slightly deeper air pressure, measuring over 3700kms across just south of South Africa and Madagascar and central air pressure down in the late 950hPa range.

By early Sunday morning it will have mostly fallen apart. A short lived historical storm.