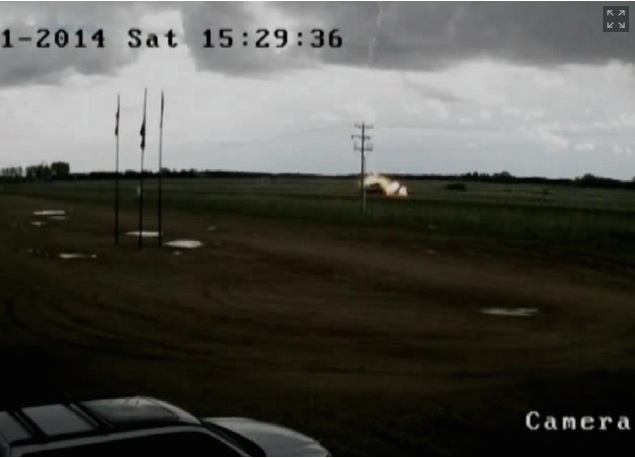 A Canadian couple is lucky to be alive after their truck was struck by lightning â€” while they were driving.

Al and Betty Perry were driving through Tofield, a rural town in central Alberta, when the bolt struck their gray pickup.

“It sounded like a sonic boom,” Al Perry said.

Check out the video footage, below: