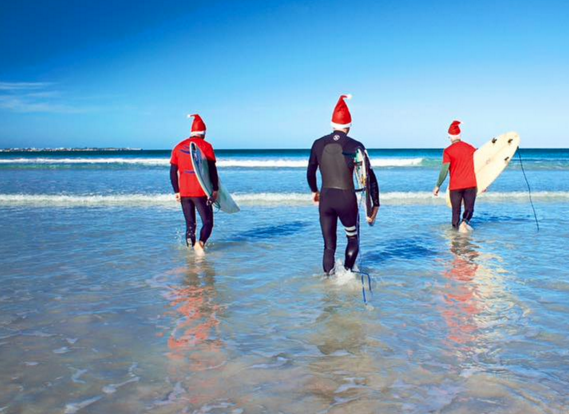 South Australia has sizzled through temperatures in the high 30s, and into the 40s in some parts of the state, in what was expected to be the hottest Christmas Day in 70 years.

Adelaide is forecast to be the hottest Australian capital city today with 38 degrees Celsius expected before a late shower or storm.

The forecast top is nine degrees above average.

Other areas are expected to reach the high 30s and low 40s.

While some people are making traditional roast dinners at home, many others are expected to flock to the beach to cool off.

People in fire ban districts are being reminded that barbecue dinners cooked on wood fires or coals are off the menu.

People caught ignoring the Country Fire Services warning face fines of up to $5,000.

Earlier this week police said officers would be patrolling in high-risk fire areas and would be keeping an eye on known firebugs.

Emergency services described the forecast conditions as the worst for Christmas Day in 30 years.

would be nice to have some of sth aussie weather. our christmas just got rained out. bloody hopeless