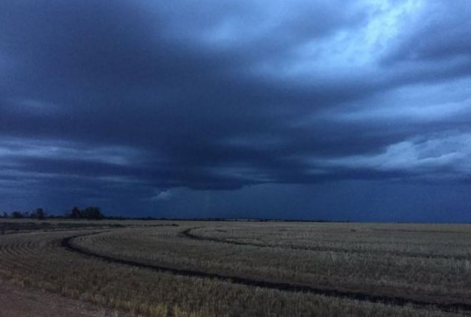 Severe weather from a cloud band is moving across Western Australia’s south west and central Wheatbelt, providing a boon for farmers and swelling Perth rain gauges.

People from Dalwallinu in the state’s Wheatbelt, inland to Southern Cross and down to Narrogin in the state’s South West are being warned to brace for heavy rainfall and thunderstorms that may cause flash flooding.

Bureau of Meteorology Duty Forecaster Darryl Vink said the unusual wet weather was caused by a combination of troughs dragging down tropical moisture.

“It’s fairly unusual for this time of year, we don’t typical expect these sorts of rainfall figures in 24 hours in March,” Mr Vink said.

He said 2013 was the last time Perth experienced so much rain in March.

The downpour has been wide and varied through the central Wheatbelt and across locations in the Great Southern.

Agricultural consultant Danielle England, based in Narrogin, said the rains would be a great start to the season for many farmers.

“In Narrogin we’ve had 25 millimetres over the last week, which has given us a great germination of weeds, which will allow us get in and really get a good control before we start seeding,” she said.

“This is coming off the back for some of the more eastern farmers of a really wet summer, so we’ve got great sub-soil moisture which makes it all look really good for [the] 2016 [season].”

Emergency Services have received calls for help and reports of damage in Merredin, Harvey, Kondinin, and the Perth suburbs of Parmelia and Como.

Mr Vink said the weather would slowly fine up over the rest of weekend.