Australia – Tropical Cyclone watch across the Tasman, too 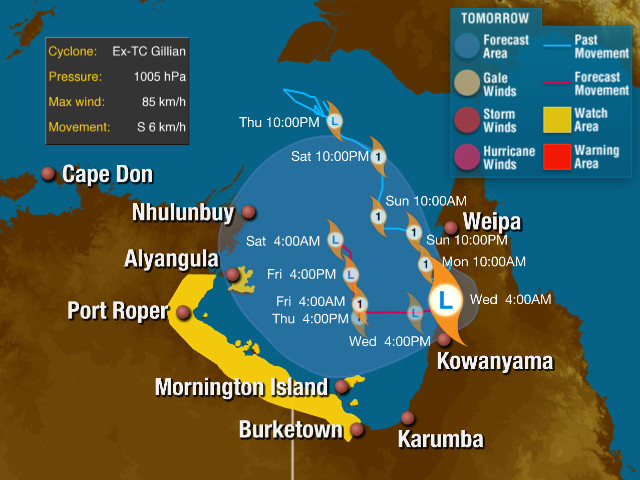 As kiwis keep one eye on the horizon for Tropical Cyclone Lusi this weekend, our cross-Tasman neighbours are also on high alert.

The system is slowly moving south, bringing heavy rain but no damage to communities along the western Cape.

The cyclone warning between the Gilbert River mouth and Aurukun has been cancelled, with the tropical low moving overland late on Monday between Cape Keerweer and Pormpuraaw.

Kowanyama on the western Cape received the most rain from the system, with almost 130 millimetres falling between 9:00am (AEST) on Monday and 7:30am on Tuesday. 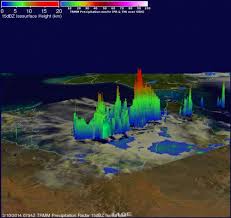 Council spokesman Robbie Sands says the wild weather closed in on the community around 5:30pm on Monday.

“We participated in the [Bureau of Meteorology] briefing [on Monday] morning, so we were just on standby ready for anything to happen,” he said.

“But the community was fairly safe last night, which is good news.”

A cyclone watch remains in place for coastal areas between Burketown and Port McArthur, including Mornington and Sweers Islands.

Senior forecaster Michelle Berry says there is a chance the system will re-form into a cyclone late tomorrow.

“It is expected to move south-west over water late today and that gives it a fairly reasonable chance of developing into a Tropical Cyclone on Wednesday,” she said.

“It could continue moving south-west before it looks like it could move north again into the Gulf waters.

“There is certainly still a cyclone watch current for those Gulf communities.”

Meanwhile, Tropical Cyclone Hadi is no longer expected to pose a threat to the north Queensland coast.

On Tuesday morning the category one cyclone was north-east of Hamilton Island, north of Mackay, and was expected to move further north-east.

Only isolated showers associated with the trailing edge of the system were expected on Tuesday.