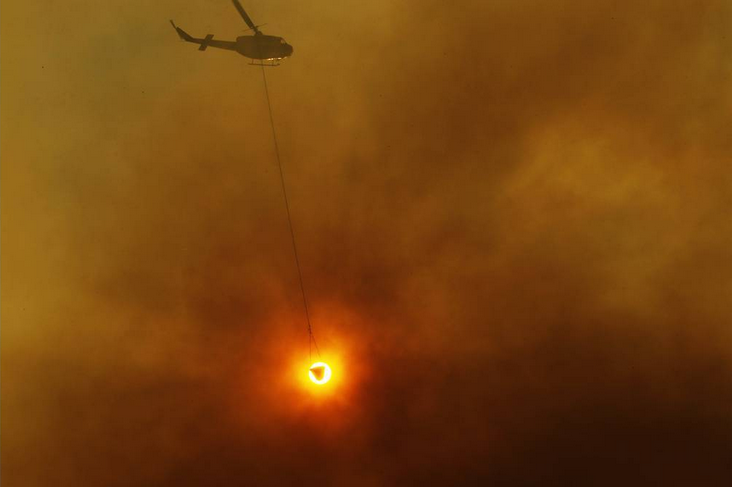 The Tasmanian Fire Service (TFS) has declared several total fire bans across large areas of the state ahead of more hot and windy weather on Thursday.

Record temperatures have been predicted for the state’s south with Hobart set to hit 30 degrees Celsius.

The TFS’s Mark Klop said crews were well prepared to combat any flare-ups.

He urged residents and landowners to also be vigilant.

“Just to ensure that they do visit those fires and extinguish anything that is still not totally controlled.”

Mr Klop said Thursday afternoon would be the time of greatest risk.

“Tomorrow morning we’ll have some settled conditions through til lunchtime and tomorrow we’ll have some strong gusty winds similar to a couple of weekends ago where we had two total fire ban days,” he said.

“So the middle of the afternoon, people need to be quite vigilant and active to anything that occurs and if there are any breakouts of fire, to call triple-0.”

Matthew Thomas from the Bureau of Meteorology told 936 ABC Hobart the October average in the first 13 days of the month was 20.8 degrees.

“Which is 0.5 of a degree warmer than the long-term December average,” he said.

“And 3.8 degrees above the normal October average.”

So far in October there have been three days of temperatures 29 degrees or above, meeting the current record set in 1963.

“So if we do actually make it to 29 degrees tomorrow then that will be the fourth day within the month of 29 degrees or higher and that will be a new record,” Mr Thomas said.

The heat has also prompted an early start to the fire permit period in southern Tasmania and Flinders Island.

But how can this be. Tony Abbott said climate change is crap.