Australia: Three weeks on and Ex-Tropical Cyclone Iris to bring even more rain 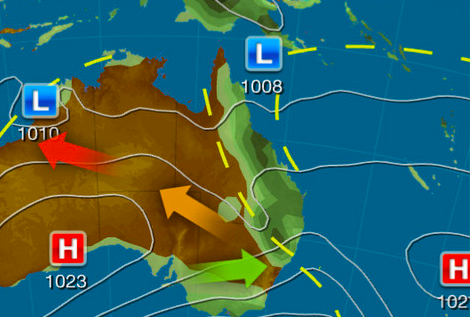 The remnants of Tropical Cyclone Iris may bring a burst of rain to northern Queensland this weekend.

Iris was first named as a tropical cyclone by the Fiji Meteorological Service almost three weeks ago.

The system then weakened as it crossed the Coral Sea before re-intensifying into a tropical cyclone off the central coast of Queensland at the start of April.

Iris passed close enough to Queensland’s central coast to produce maximum wave heights of more than seven metres at Hay Point during the middle of last week. If this reading was accurate, it’s the largest wave measured at Hay Point since records commenced there in 1993.

Iris weakend below cyclone strength once again late last week and has since moved into the northern Coral Sea, where it is part of a thick monsoon cloud mass.

According to the Bureau of Meteorology, Iris only has a low chance of redeveloping into a tropical cyclone during the next three days.

There is still a fair amount of uncertainty regarding the movement of Ex-Tropical Cyclone Iris in the coming days. However, models suggest that the system could move towards northern Queensland, possibly causing rain to increase along the state’s eastern tropical coast from the weekend. If it gets close enough, some areas could see more than 100mm before the end of Sunday.

People living in northern and central Queensland should closely monitor the latest forecasts and warnings in the lead up to and during the weekend.