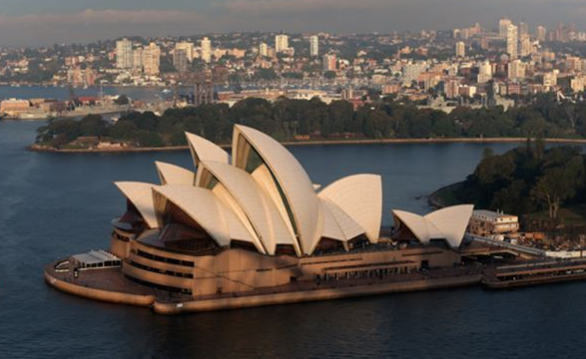 The last time Sydneysiders were subjected to such a hot morning commute, Robert Menzies was Prime Minister.

Sydney set its highest-ever 9am temperature on Wednesday, with the city reaching 36.5C, beating the previous record of 35C set in December 1955.

The sweltering morning came after a sticky summer night, with temperatures not dropping below 28C in the CBD.

At 6am on Wednesday the mercury was sitting at 31.2C in the city.

In Sydney’s west temperatures dropped to the low-20s overnight, but had reached 42C at midday.

Last night was warmer than any minimum temperature previously recorded in #Sydney. So why wasn’t it a new record? https://t.co/8Db5uidL3c pic.twitter.com/DVLmer7lzn

A southernly change began to sweep through the eastern suburbs at midday but was not expected to reach the city’s west before 3pm.

Milder conditions will give residents some relief on Thursday, with a maximum of 25C in the city and 27C in the west, but the temperature is due to climb back up again on Friday.

Similar conditions are expected next week, with experts warning no lasting relief is in sight any time soon.

With the recent run of hot days, water consumption has also rocketed with Tuesday becoming the second-highest single day in the demand for water in the past 14 years.

Wednesday could experience a similar water demand to Tuesday, he said, depending on the cool change and predicted storm activity.