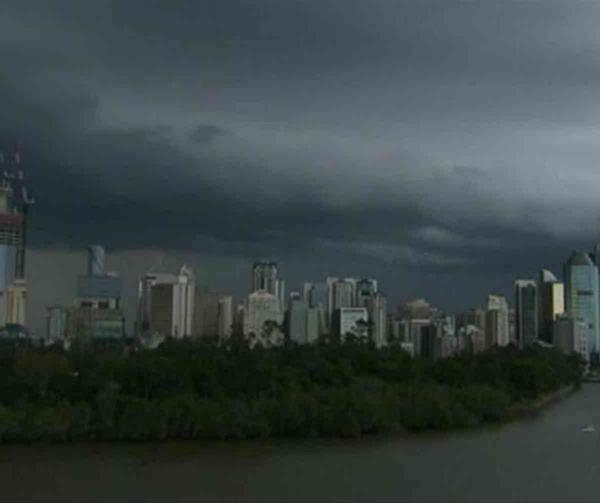 Parts of south-east Queensland were lashed by hail and more than 10,000 lightning strikes as a severe thunderstorm hit the region yesterday, bringing power outages to more than 1,000 homes and businesses.

More severe storm cells had been forecast for the south east, however the Bureau of Meteorology (BoM) cancelled its warning about 4:15pm.

“The immediate threat of severe thunderstorms has passed, however thunderstorms are still occurring in the area with small hail possible,” it said in a statement.

More than 4,500 homes had lost power when the severe storms hit the capital about 2:30pm and moved towards the coast.

By the evening, 1,200 remained without power on the Sunshine Coast, Moreton Bay and the Gold Coast.

Hail fell at Esk, north-west of Brisbane, and at Kurwongbah, Morayfield and a number of Brisbane suburbs, however there are no reports of damage.

Energex spokeswoman Karen West said crews had to wait until the lightning had passed to reconnect homes.

Flights at Brisbane Airport were delayed and there were reports of road accidents at Chermside, Greenslopes and Auchenflower.

Motorists on the M1 and Gympie Road also suffered delays.

The thunderstorm came just days after a system over Logan and Brisbane brought .

BoM senior forecaster Michael Paech said it had been a busy afternoon in the south east.

“Certainly those storms came through with a bit of vengeance,” he said.