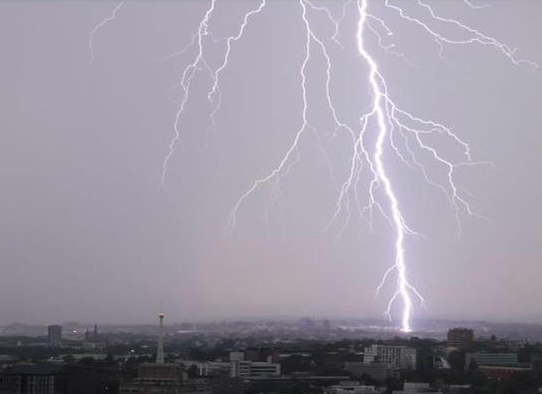 Wild weather caused chaos in parts of New South Wales and Victoria yesterday, with strong winds taking the roofs off houses in both states.

In Strathmerton, in northern Victoria, wind caused destruction on a suburban street, bringing down trees and lifting the roofs off at least two houses.

On Sunday morning, and brought down trees.

In New South Wales, just before 7:00pm (AEDT), emergency services attended an address in Wollongong after strong winds tore the roof off a four-storey building.

An hour earlier, rescue crews were called to Green Valley in Sydney’s west after lighting struck a tree, causing it to split in half and fall onto a bus.

The bus driver was treated for minor injuries.

Heavy rains, strong winds and hail were being felt in Sydney, the Illawarra and Central Tablelands.

Up to 15 millimetres of rain fell in 10 minutes in some suburbs, with wind gusts of 117 kilometres an hour.

Conditions are expected to ease today, with minor flood warnings in place for the Riverina.