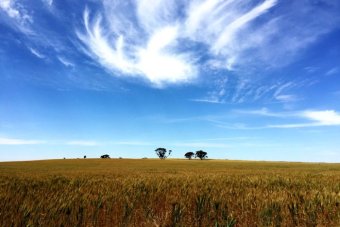 Australia-wide, it was the seventh driest October overall, but maximum temperatures across the country were the hottest ever recorded for the month.

Climatologist Lynette Bettio says rainfall from July to October in parts of western Victoria and southern South Australia was among the lowest ever for that period.

“These are percentile rankings, so if you lined up all the July to October periods on record, starting at 1900, which is when we start our records, this July to October period, those areas covered by the rainfall deficiencies, which is much of western Victoria and southern parts of South Australia, would be in the bottom 10 per cent and the bottom 5 per cent,” Dr Bettio said.

“What it means and reinforces is the need to be vigilant about fires from this point going forwards, particularly in some of the areas where the grasslands might be curing or the forests seem to be drying out quicker than you would possible expect at this time of year,” Dr Thornton said.