Home > News > Australia: On track for the hottest Octo...

Australia: On track for the hottest October on record 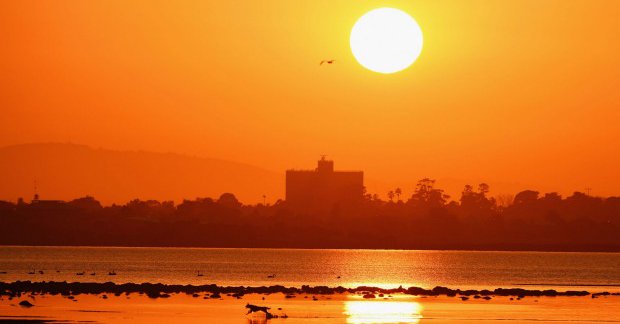 All Australian states and territories have towns or cities exceeding their hottest October on record, some by five degrees.

At the start of October southeastern Australia basked under its hottest spell this early in the season on record, with temperatures soaring into the 30’s, even along the coast. Since this searing heat temperatures have barely backed off, with heat lingering across the country due to a lack of strong cold fronts.

Perth has since seen its hottest October week on record, averaging 31.6 degrees and surpassing the previous record by more than a degree.

Australia on track for hottest October on record as world has hottest 7 months. On our way to hottest year: http://t.co/DF5YSFCd4y #climate

Today, both Adelaide and Melbourne are heading into the mid 30’s, with western Sydney following on both Friday and Saturday.

This incessant heat has put the bulk of WA, SA, VIC, TAS and NSW in record breaking territory. At this point in the month more than half of each of these states is exceeding its record October average maximum. To see how your town is tracking you can wade through the sea of yellow (running near or above record) on Weatherzone’s Monthly Summaries page: http://tinyurl.com/omkoj9j

When looking at the nation’s capitals, Melbourne, Adelaide, Perth, Hobart and Canberra are all on track for their hottest October on record (in terms of maximums), with mostly warmer than average weather forecast for the next fortnight.

The most extreme heat this month so far has been in central west of Victoria, with Ararat and Longerenong both averaging about nine degrees above their long term averages. Ararat has a running average maximum of 27 degrees, almost five degrees warmer than the 50-year October record. The long term average is a cool 18.1 degrees.