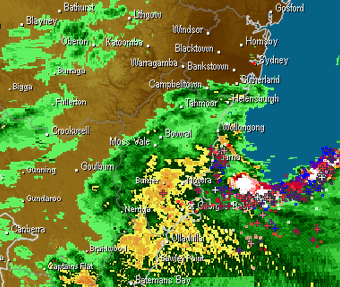 Much of the state has seen great rainfall over winter, with only the north and central coast missing out.

In particular, the north west of the state has fared very well this winter, with some towns seeing more than twice the average winter rainfall.

Here, Wilcannia had their wettest winter in a decade, collecting just over 120mm compared to the seasonal average of 60mm.
This was largely due to a wet June which saw more than three times their monthly average fall in the gauge.

Long-term rainfall deficiencies in the north of the state have also taken a hit. Lightning Ridge has had its best winter rainfall in 17 years, receiving over 150mm – that’s nearly twice their seasonal average of 85mm.

Relative to average, Bourke was the third wettest town in the state, second only to the flood affected areas of Nowra and Batemans Bay in the southeast. The gauge at Bourke picked up 138mm, making it the wettest winter since 1988 and placing it in the top 10 wettest winters in 125 years of records.

The Upper Western wasn’t alone in having a wet season, towns across the Illawarra, South Coast, Riverina and Central West Plains also recorded around twice their winter averages.

Despite a strong El Nino, the next few months have an increased chance of wetter than average conditions across the state. This is largely due to the influence of the Indian Ocean, which currently has much warmer than average waters.