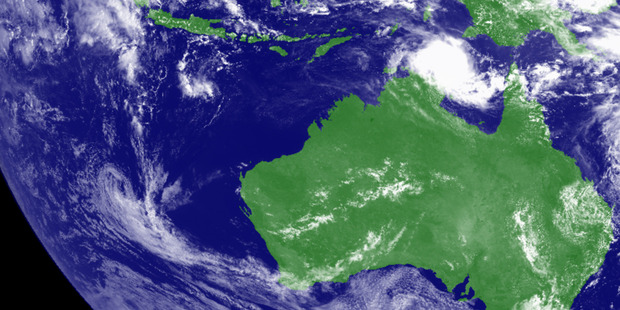 Tropical Cyclone Lam is continuing to move westwards along Northern Territory’s coast, and is forecast to make landfall by tonight.

The storm is currently rated a Category 3, with wind gusts up to 165km/h and travelling west at 4km/h.

At 12.30am (CST) today it was 155km north northwest of Nhulunbuy and Elcho Island.

The Bureau of Meteorology predicts it will intensify to a Category 4 before it crosses the coast and turns south.

Very destructive winds with gusts of over 170km/h have continued over the Wessel islands overnight, and are expected to extend onto the mainland coast between Milingimbi and Elcho Island late tonight.

If the cyclone takes a more southward track, the very destructive winds may extend further east towards Nhulunbuy overnight tonight and into early Friday.

Gusts up to 110km/h may develop in coastal areas between Elcho Island and Nhulunbuy overnight or during early Thursday before possibly extending to Goulburn Island and Cape Shield and over adjacent inland areas during Thursday, the bureau said.

Gales also may extend further west to Croker Island or south to Port Roper and over inland areas towards Bulman and Gunbalanya on Friday depending on the track the cyclone takes.

Coastal residents between Milingimbi and Nhulunbuy are specifically warned of a Very Dangerous Storm Tide as the cyclone centre approaches the coast on tonight and into Friday.

And heavy rain may cause flooding of low-lying areas in the northeast Top End on Thursday and Friday, with coastal residents between Milingimbi and Nhulunbuy specifically warned of a very dangerous storm tide as the cyclone’s eye approaches the coast from Thursday night.

Police have warned people to stay away from waterways, to avoid driving into water of an unknown depth, to stay away from fallen powerlines, and to create their own sandbags out of whatever bags or material is at hand to stave off rising waters.

Advice is being updated hourly, and residents can check www.securent.nt.gov.au for more information.