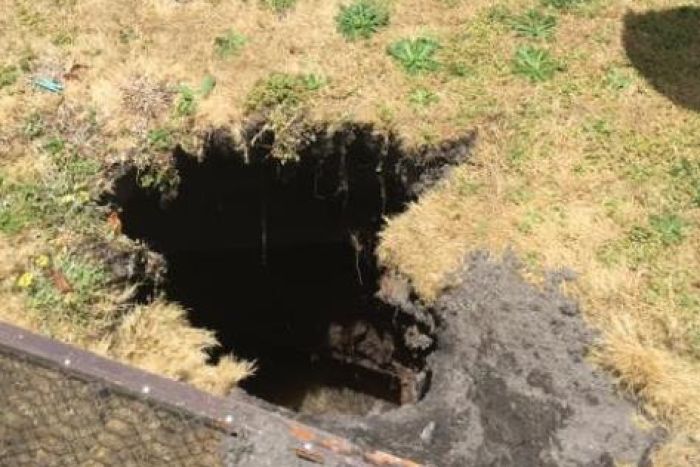 A sinkhole in Melbourne has almost swallowed a woman in her backyard.

The alarm was raised when the woman felt the ground give way in her backyard.

The Country Fire Authority’s Paul Carrigg says the woman was rescued within minutes after they arrived.

“The woman was covered in mud but she was investigated by the ambulance and had no injuries whatsoever and was only in shock which she quickly got over with a cup of tea then went home.

“But very, very lucky that lady, there’s no doubt about that.”