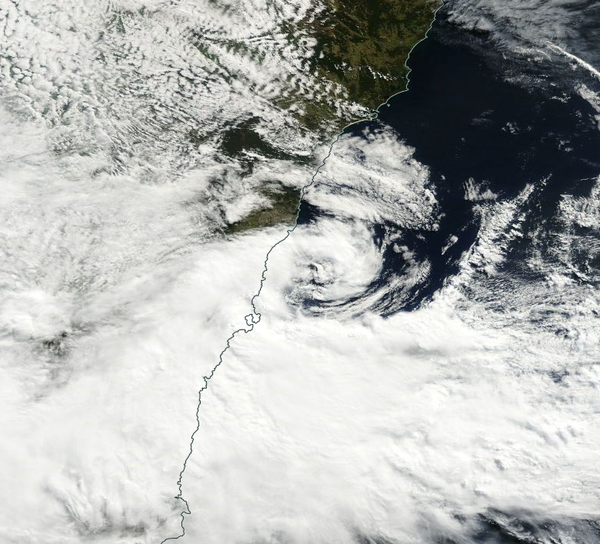 Continuing heavy rain has forced the evacuation of more than 320 properties in St Georges Basin and Sussex Inlet on the New South Wales south coast.

Meanwhile, the Bureau of Meteorology (BoM) warned the Warragamba Dam was expected to spill overnight and could cause minor flooding of the Hawkesbury and Nepean Rivers, west of Sydney.

The State Emergency Service (SES) said there had been more than 1,600 calls for help and 79 flood rescues since the severe weather began earlier this week.

Homes and buildings have been damaged, schools closed and there were fears the Jerrara Dam would fail, west of Kiama.

The all-clear has since been issued for properties downstream of that dam.

The weather bureau’s acting regional director, Stephen Lellyett, said in a statement the Warragamba Dam was expected to spill for the first time in two years.

Mr Lellyett said up to 160 millimetres of rain had fallen in the Wollondilly River upstream of the Warragamba Dam in the 48 hours to 9:00am on Wednesday.

“At this stage, with Warragamba Dam expected to spill overnight, minor flooding is likely along the Hawkesbury and Nepean rivers, similar to flooding seen in March 2012,” he said on Wednesday.

Earlier on Wednesday at Saint George’s Basin, the SES said flood waters were expected to inundate up to 80 properties but authorities are yet to finalise the number of homes affected.

Up to 320 properties in St Georges Basin, Sussex Inlet and Sanctuary Point on the south coast have been evacuated.

SES team leader Anthony Jarvis said the flooding was some of the worst he had experienced.

“Being my first major one, it’s bit scary out there. It’s hard to comprehend until you’re really out there and in the thick of things,” he said.

More than 400 millimetres of rain has fallen since Tuesday at Sussex Inlet and some streets are a metre deep in water.

The flood waters were expected to peak at Sussex Inlet overnight.

“We’ve had a mixed response. A large number of people evacuated when we put the initial warning out last night,” he said.

“We have, through the day, been in communication with other residents who decided to stay and look after their properties and a number of them have subsequently evacuated in the course of the morning as the water’s risen around them.”

SES spokesman Phil Campbell said people have had to take refuge at the bowling club in Sussex Inlet or at the country club in Sanctuary Point.

“We are pleased to see that the number of flood rescues has been declining,” he said.

Rose Sinclair and her daughter were rescued from their Sussex Inlet home by boat.

“We were nervous… We didn’t expect anything like this. But we’ll be alright,” she said from the local evacuation centre.

“[We were] a bit scared at first but we’ve calmed down a lot, but we don’t know if we’ll be here all night. We hope not.”

Mia Hill and her two children were rescued by the SES after their Sanctuary Point home was threatened by the flood waters.

Ms Hill said she made the call early to get out.

“It’s completely engulfed our house. We’re high-rise, but we’re flooded in,” she said.

“The weather was meant to stay here all night and I just didn’t want to take the risk. The deeper it gets the more dangerous it gets, so we had to get out.”

So its still the same patten…..so has the elnino been going for more than a year!!!!!!!!……and this is the country that wanted you to give them hay because of droughts a few years back are they offering anything to NZ drought areas!!!!!!!!!