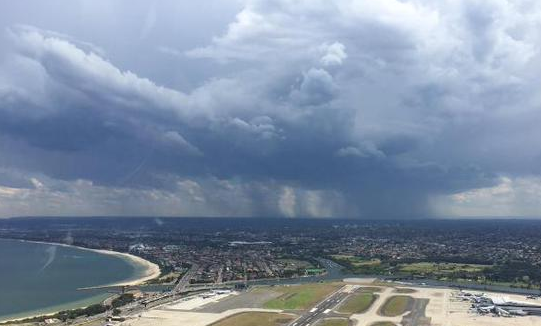 Tens of thousands of hectares of crops in the South East coastal district of Western Australia have been wiped out by a hail storm just days before harvest.

The storm brought strong winds and hail up to three centimetres in diameter when it swept through Newdegate, 250 kilometres west of Esperance, on Saturday night and early Sunday morning.

“We were pretty happy with [the crops], we were really looking forward to harvest and to get into them because some of those crops were some of the best we’ve grown out this way nearly … well, dad reckons nearly ever,” he said.

“It’s really disappointing to see something that you’ve worked really hard on all year and put a lot of effort into and then have it wiped out.”

Mr Sinclair said although he had hail insurance, it was a devastating blow.

“On our home farm we were thinking about cranking up [harvest] in the next few days,” he said.

“The crops that were wiped out were within about 10 days of harvesting, that’s for sure.”

While farmers in the area were still assessing the damage, Mr Sinclair said with the heads knocked off a lot of the crops, some would be struggling to even get feed-quality grain.

“A lot of the stuff we’ve found is 100 per cent knocked to the ground, and heads off the stalks, so you’ve got very little chance of being able to pick up any of that,” he said.

“We had three paddocks of one variety of barley all on three different farms, so we thought we had our bases covered, but it’s knocked out every single one of those paddocks at 100 per cent of that one variety.”

He said he had lost around half of his crops, and estimated it would cost him about $1.5 million.

“I have never seen anything like it. It ranges across 20 paddocks or so from anywhere from 10 per cent to 100 per cent loss,” Mr De Landgrafft said.

“The hail stones we saw were about a centimetre in size, they were in the gutters because it had been quite a few hours before we got to the paddocks.

“I have been farming for 35 years and I have only ever had one claim for hail previously, and that was 10 per cent on one paddock Ã¢?? so almost insignificant, it was hardly worth the paperwork.”

Mr De Landgrafft said the loss was a devastating end to what had been shaping as a good season.

“It is still soaking in, and to my sons on the farm, who have not been here long,” he said.

“We have worked hard all year and we are trying to grow our business … to see it flattened like that is quite heart wrenching, really.