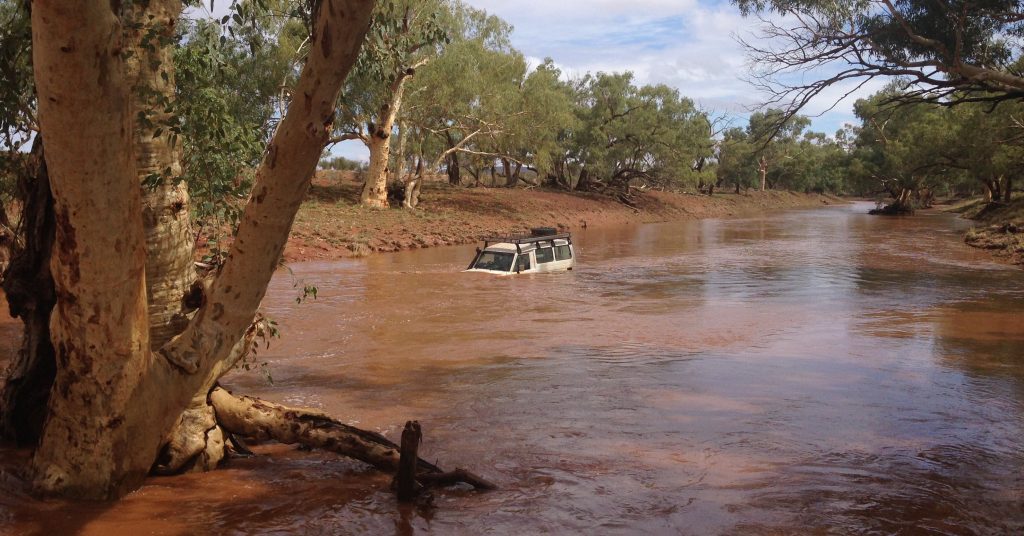 An elderly woman has died after being caught in flood waters near Katherine in a remote Northern Territory Aboriginal community.

Northern Territory Police said they believed the woman was travelling in a car with four other people when they became stranded in Door Creek, near the community of Beswick, which is about 100 kilometres east of Katherine.

Assistant Commissioner Jeanette Kerr said police saw the stranded car on Sunday evening while they were travelling to Beswick by helicopter.

“And the woman had been unable to escape and drowned.

“CPR was conducted, but unfortunately they were unable to save her.”

She said a coroner was investigating the woman’s death and the other four people in the car were safe.

“This is the second person washed away this Christmas in floodwaters,” Assistant Commissioner Kerr said.

“A 28 year old man was also washed away, he was with two others trying to swim a flooded creek in Peppimenarti, and unfortunately he wasn’t strong enough to make it to the other side.”

A Northern Territory resident has flown a chopper to his flood effected property: https://t.co/xqQ64xuTGl via @YouTube

The other two men managed to swim to safety.

The search for the man, missing since Christmas Day, resumed on Sunday morning.

“I absolutely implore people to not take any risks with floodwaters on the roads and trying to cross floodways,” Assistant Commissioner Kerr said.

About half the community of Daly River (Nauiyu) spent Saturday night in Darwin’s Foskey Pavilion .

The remaining 234 people were evacuated from the community on Sunday.

Acting Senior Sergeant Dean Barrett said the residents would stay in Darwin for as long as necessary.

“The length of time I am unsure of, it just depends on when they can return to their communities,” he said.

“Obviously the damage has got to be assessed and other issues but obviously at some point in time they’ll return to their country, where they want to live.”