Australia: Bushfire season heats up in the Southeast 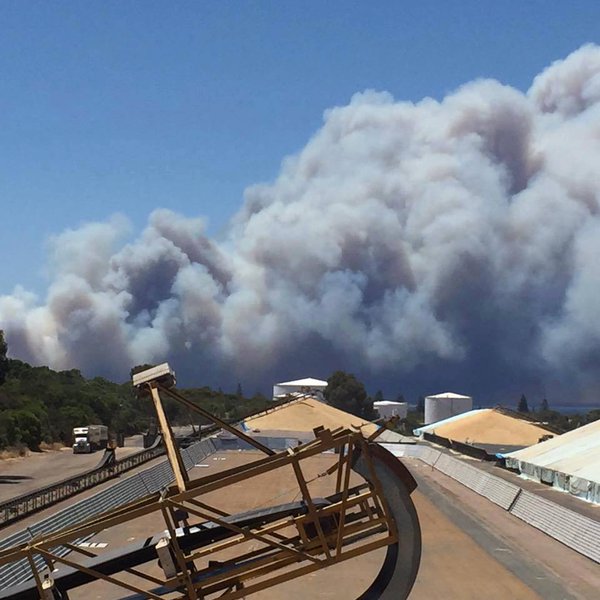 Fire danger is about to spike across southeastern Australia with conditions likely to be the most intense since at least last summer, more intense than a month ago when bush fires flared up.

South Australia, Victoria, New South Wales and much of these states are about to experience worse fire weather conditions than in early-to-mid October, the last time a wave of hot, dry winds blew across the region.

Inland areas will exceed 40 degrees as humidity drops below 10 percent and winds gust to 40-to-50 km/h. Some coastal areas will see temperatures reach the mid thirties with similarly low humidity and high wind gusts.

The result will be fire danger reaching well into the severe and extreme categories, possibly beyond, particularly in areas which had had very little rain recently. The saviour for some areas is soaking rain which fell about a week ago, dampening the fuel load.

The highest fire danger should occur during Wednesday for western and southern SA, Thursday for northern SA and Victoria and Friday for NSW.

During Tuesday parts of Western Australia’s south recorded their highest fire danger since last summer, even two summers ago. At Norseman, in the southern Goldfields, 42-degree heat combined with six percent humidity and 89 km/h wind gusts, resulting in its worst fire weather in several years.

The intense weather is due to 45-degree plus heat developing over northern WA due to days of unbroken sunshine with help from unseasonably warm waters offshore. Some of this heat is being drawn south and east across the country in northwesterly winds ahead of weak fronts. The weak fronts are allowing the heat to last a few days as it makes its way across southern Australia.

The wave of heat and intense fire weather will lessen when a stronger front moves through during Thursday and Friday. However, it will take about a day for fire danger to drop significantly, once the southerly winds become cool enough. Blowing dust is also likely to persist for about a day after the arrival of the southerly, given the wind change will be a dry one for much of the inland.