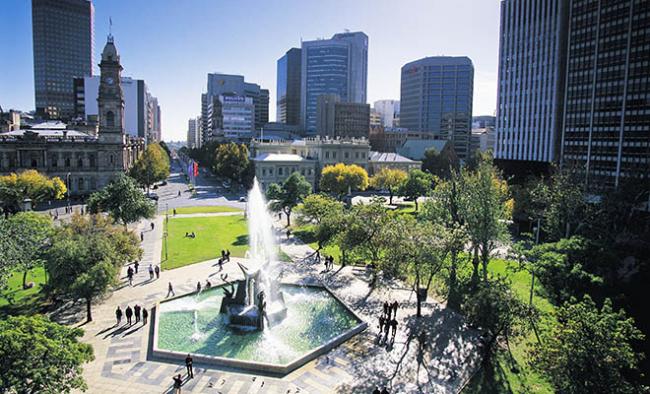 Heat is spreading across South Australia as thunderstorms also make their way east.

A deep low pressure trough has sat over Western Australia for a few days, drawing hot northerlies ahead of it and producing severe thunderstorms. This trough is now working its way east through South Australia, taking the hottest air and storms with it.

Adelaide has crept up to 32 degrees for three days running, whilst today the mercury is soaring to about 37 degrees, making it the hottest October day in five years. A cool change will cross late this evening, but more hot days will come this week. By the end of the month the capital is likely to average more than 25 degrees (about 26 degrees), making it the hottest October since 1914.

Conditions are even hotter for longer further north in South Australia. Port Augusta is on track for ten days straight above 32 degrees, including today’s top of 40 degrees. Woomera is part way through its run from Sunday to Sunday with all days in the high 30’s.

A severe thunderstorm warning was issued in the middle of the day for the West Coast, Eastern Eyre Peninsula and North West Pastoral. Storms have the potential to produce damaging wind gusts. The region of thunderstorms should spread further east later this afternoon, possibly into the Flinders, Mid North and Mt Lofty Ranges districts.

Thankfully, a more substantial cool change will come, but it is not due to arrive until late Sunday in Adelaide. This will eventually bring a couple of days in the low 20’s to start next week before a small dose of heat moves in again.