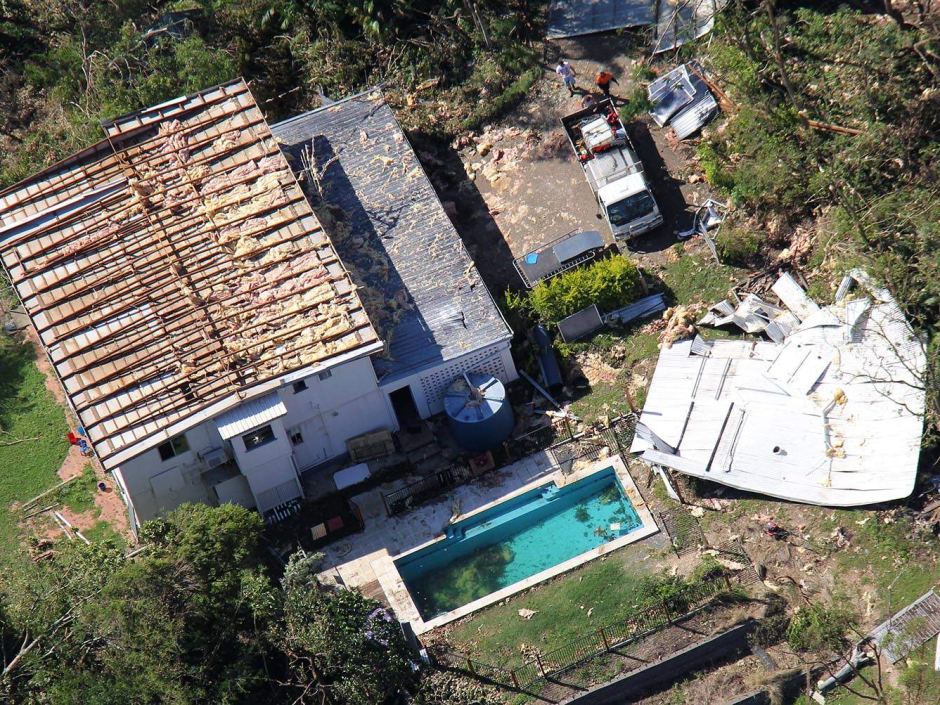 Queensland Premier Annastacia Palaszczuk has visited central Queensland again amid anger over the operation of the Callide Dam during Cyclone Marcia.

Heavy rain from the cyclone boosted the dam’s level to 90 per cent on Friday night, triggering the automatic gates to open.

More than 400 homes and businesses in Jambin and Biloela were flooded.

SunWater said the dam was not opened manually because it was too dangerous for officers to work during the cyclone.

“We are very keen to understand what happened and to learn, and review those operating arrangements again.”

Mr Vanderbyl said it was possible to release water before the flooding, but SunWater had followed “the approved operating procedures”.

Ms Palaszczuk had received a preliminary briefing on the water release and promised a full review of the dam’s operation.

She visited the region on Monday afternoon to meet locals.

He said it was the second time since 2013 that the dam had caused flooding and residents were angry.

“They must have something in place besides emergency systems.”

Hundreds of homes written off

More than 3,300 homes have been assessed in Queensland in the wake of the cyclone, of which 1,000 had structural damage and 350 cannot be returned to.

That was 250 more than estimated on Sunday.

Ms Palaszczuk said it was still unclear how much public infrastructure had been destroyed and what impact it would have on the budget.

“Once again I want to stress to everyone that our priority as a government is to [make] sure these people are looked after first and foremost,” Ms Palaszczuk said.

Hundreds of soldiers started helping with the clean up on Monday and the Defence Force said it .

By Monday morning 5,000 claims had been lodged and preliminary insurance losses stood at $33 million.

Insurance response teams had been sent to the region and assessors were starting to visit damaged properties once roads were open and conditions safe.

On Tuesday, the Premier and Acting Fire Commissioner Katarina Carroll will travel to Rockhampton, Yeppoon and smaller communities in surrounding areas, such as Byfield.

Cabinet endorsed Ms Carroll to be the State Recovery Coordinator for Marcia for the next two weeks.

It was announced Acting Assistant Commissioner Brian Codd would take on the role after those two weeks.

Progress made on electricity and phones

Ergon chief executive Ian McLeod said about 25 per cent, or 23,000 homes, have had their electricity restored.

There are 939 staff dedicated to restoring power and most hospitals and health facilities in Rockhampton were reconnected on Monday.

Mr McLeod said their biggest problem was damage to the sub-transmission grid.

It could be days before phone and internet services are restored.

Telstra spokesman Kris Carver said parts of Biloela, Yeppoon and Rockhampton have mobile coverage but landline and internet services were still down.

More than 108 Telstra sites were damaged.

“We’re just not at 100 per cent throughout those regions and we’re just getting the last ones up and going where we can and then we’ll be fixing individual faults when we come across those,” he said.

All affected schools are expected to be reopened by the end of the week.