3 storms, more fires, and another record breaker – Your Week in Weather Headlines 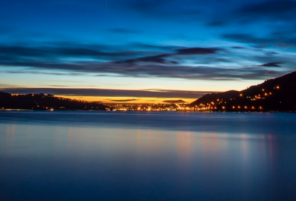 Most of our weather news this week has concerned the local stormy conditions that beset New Zealand, starting on Monday, and carrying through into the weekend.

We received plenty of video and photos of the storms from people all around the country – from the West Coast to Northland – which you can see here.
As storms continue through the weekend, make sure you check out all the latest updates and warnings, as well as take a look at your region’s detailed forecast with Philip Duncan, here.

Passengers on board a white-knuckle flight during Monday’s storm screamed in terror as a landing at Wellington Airport was suddenly aborted and the plane flown into a turbulent thunder cloud.
Blenheim woman Carol-Ann Herbert was left shaken and apprehensive about taking to the air again after ‘the scariest moments of her life’, when Air New Zealand flight NZ443 from Auckland was forced back into the air moments from touching down in the capital city during Monday’s storm.

Staying local, and this week saw NASA finally launch a massive weather balloon from Wanaka – as WeatherWatcher Al Bundy saw it drift above him from Waimate, Canterbury, just south of Timaru.
Windy weather prevented the launch a number of times in April.
Last year NASA launched one of its big balloons from Wanaka, it was supposed to stay up for 100 days but a leak prompted a sudden landing in eastern Australia after only a month.

Across the ditch this week, Sydney was shrouded in smog as hazard reduction burns over the weekend reduced air quality in the area.
During Sunday last week, most of the smoke could be seen flying high in the sky, held aloft by fairly strong winds, posing little problem to the millions of people on the ground.
However, late in the day the wind across Sydney dropped off, causing some of the smoke to fall towards the ground, prompting some residents to ease off with their exercise.

Staying on the topic of air quality, Timaru has been given the unhealthy title of having the ‘worst level of air pollution’ in Oceania, according to new statistics.
Figures released by the World Health Organisation (WHO) this week show the small Kiwi town contains more particles than the safety recommendation for air pollution.

Timaru has worst air pollution in Australasia, according to new WHO figures.https://t.co/80st4Y7QzS pic.twitter.com/27QGshju8V

In global news, last month was the seventh in a row to break global temperature records, and climate scientists are yet again calling for action.
Figures from Nasa show the global temperature of land and sea was 1.11 degrees Celsius warmer in April, than the average temperature before industrial times.

It was more bad news from the Canadian state of Alberta this week, as the mammoth inferno devastating northern Alberta has now destroyed more than 877,000 acres — more than four times the size of New York City.
Well over 1,700 firefighters are trying to get a grip on the blaze, which started May 1 near Fort McMurray.
But as of Wednesday, the fire is still 0% contained, the Alberta Agriculture and Forestry department said.

In similarly disastrous events this week, dozens of people were killed and three villages swallowed by mudslides in Sri Lanka, after more than 2 weeks of continuous, heavy rain in the central part of the country.
At least 18 people are known to have been killed and hundreds are reported missing in the landslides so far.

And finally, we urge everyone to keep up with weather warnings and watches with your local Civil Defence centres, especially if storms are forecast to hit your region this weekend.