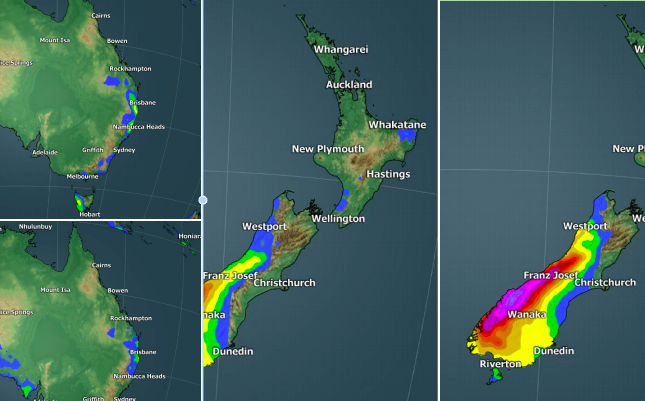 24 weather maps and detailed forecasts for both New Zealand and Australia for the final weekend of September.

NEW ZEALAND:
On Saturday moderate to heavy rain in Fiordland slowly heads up the West Coast. A small area of low pressure will form over the South Island this weekend. Strong N to NW winds will kick in bringing warmer temperatures over the eastern South Island while cooler trends stay over the North Island at night. Warmer winds kick in to the North Island on Sunday, especially in the east.

Waves of over 6 metres are possible off the West Coast and will bring dangerous marine conditions there this weekend.

The out of season, early Tropical Cyclone in the Coral Sea will fall apart this weekend. The remnants may affect New Zealand mid to late next week as a rain maker. 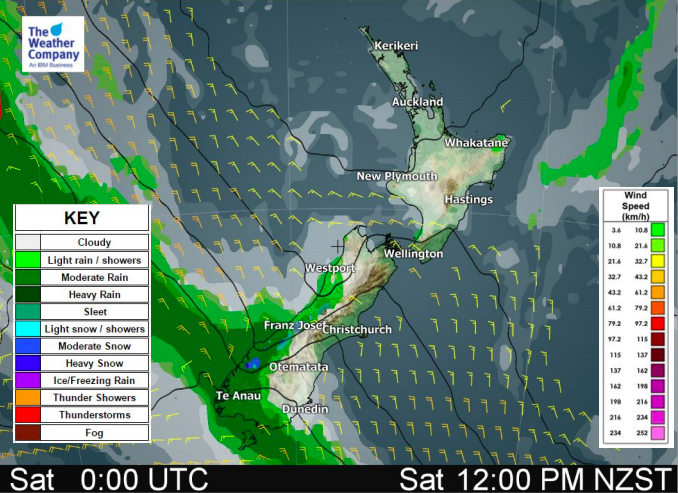 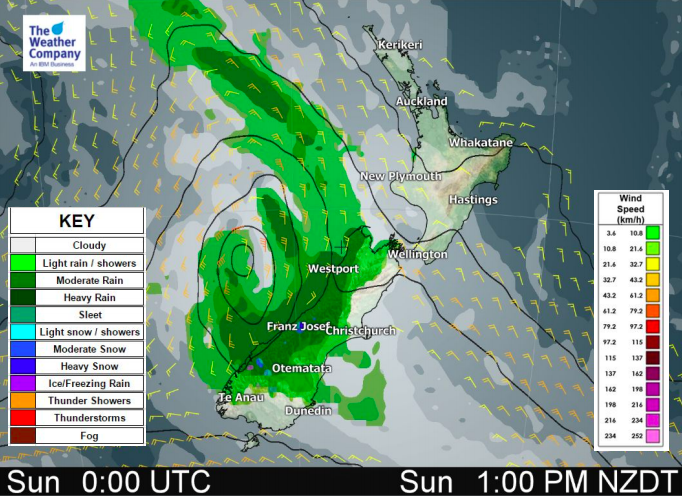 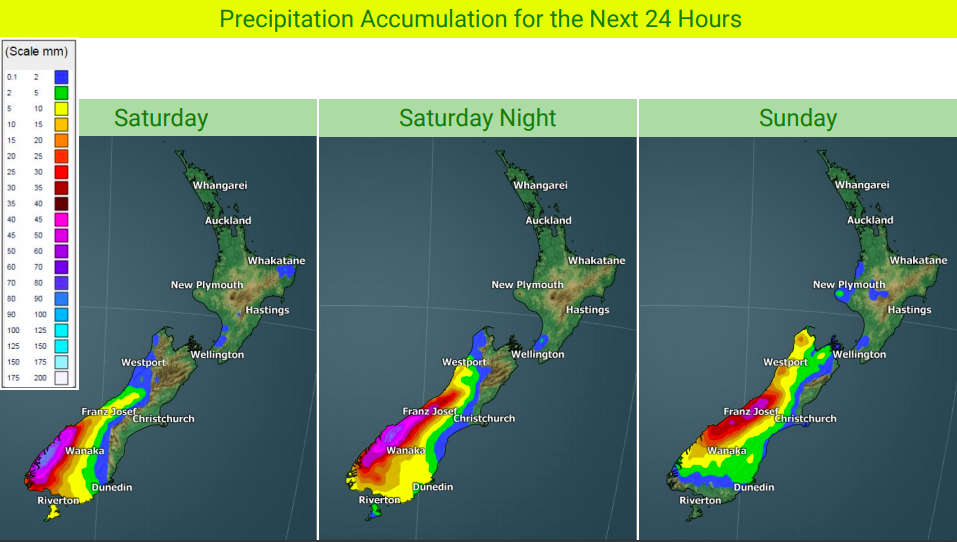 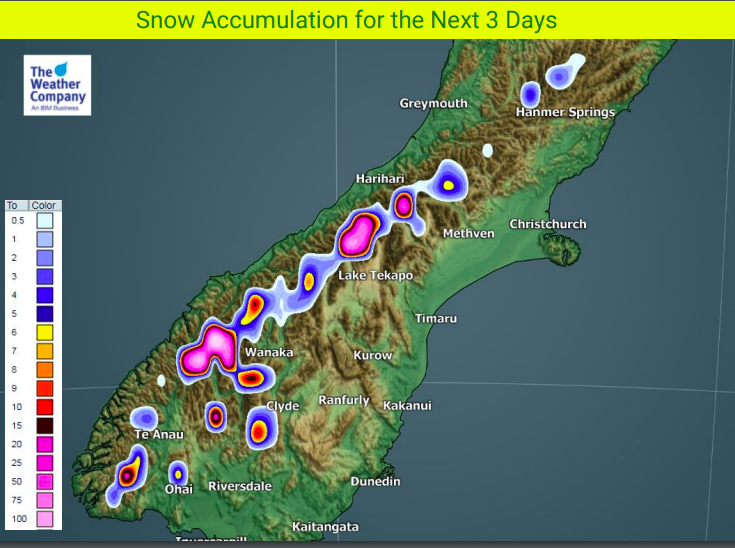 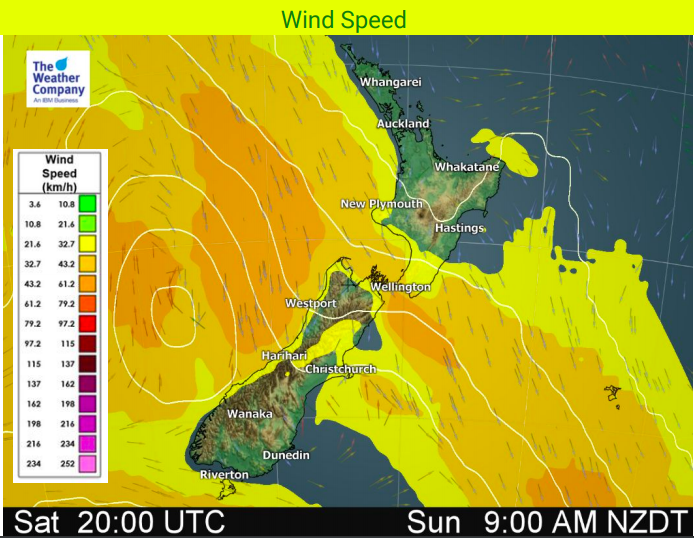 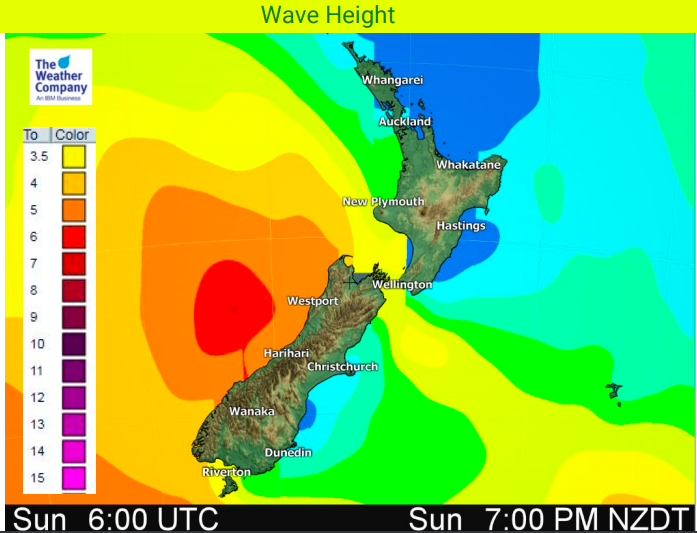 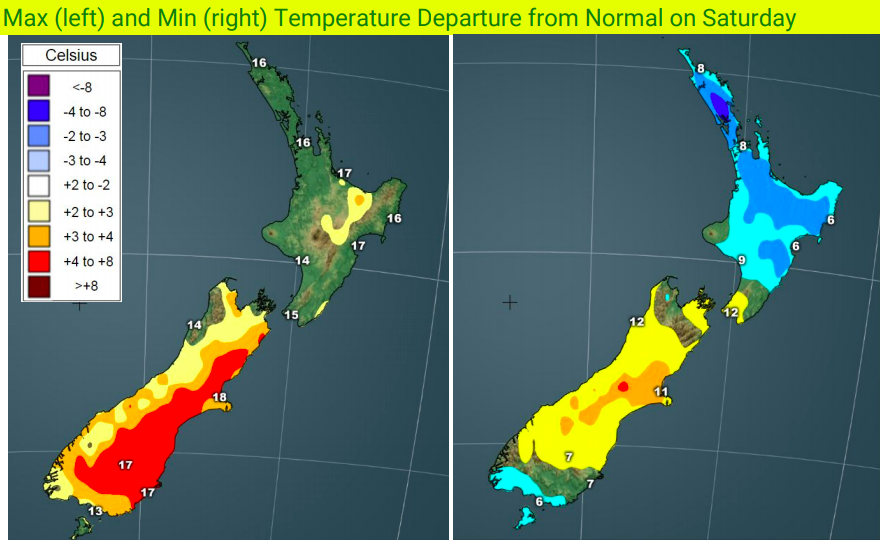 AUSTRALIA:
Thundery conditions are expected to continue along eastern coastal areas of Aussie for the next three days. Even though total amounts of rainfall are not big, strong winds, thunderstorms and briefly heavy rain should be watched out for.

Snow is also expected on the mountain tops in TAS and VIC for the next two days. Warnings for bush walkers have been issued by ABN since damaging winds are also forecast. An area of low pressure over the western seaboard is moving southwards along the west coast, bringing some amounts of rainfall. Isolated thunderstorms are forecast across southwestern WA on Sunday.

As a high gradient area moves over the country, windy conditions are expected to continue during the weekend. Gusts are likely anywhere but especially along southern coastal areas where high waves of over 5m are also forecast.

Cooler than normal temperatures are expanding under the area of high pressure while those under the low (in WA) will be warmer. 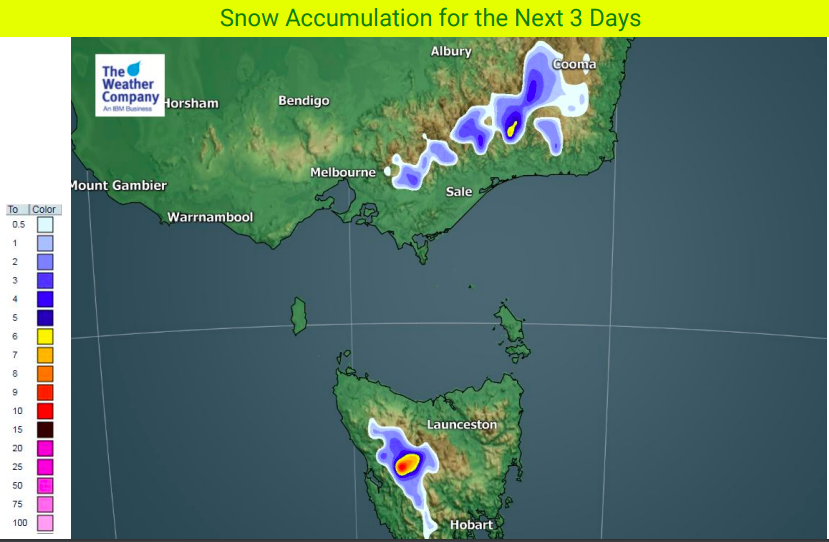 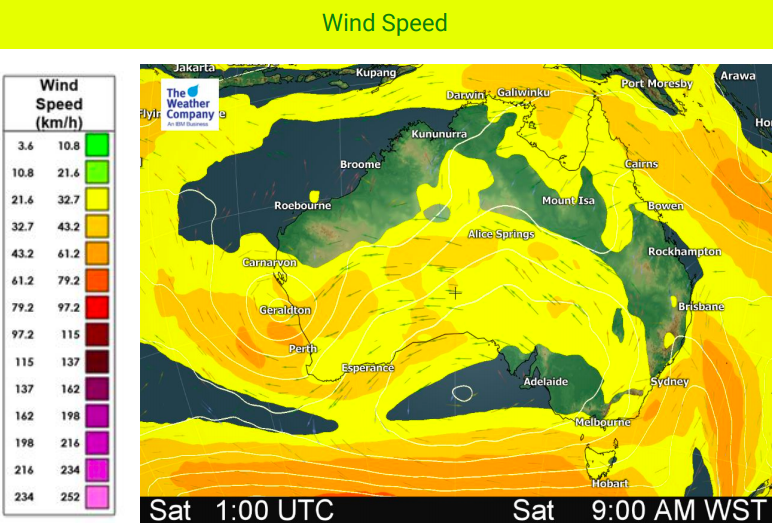 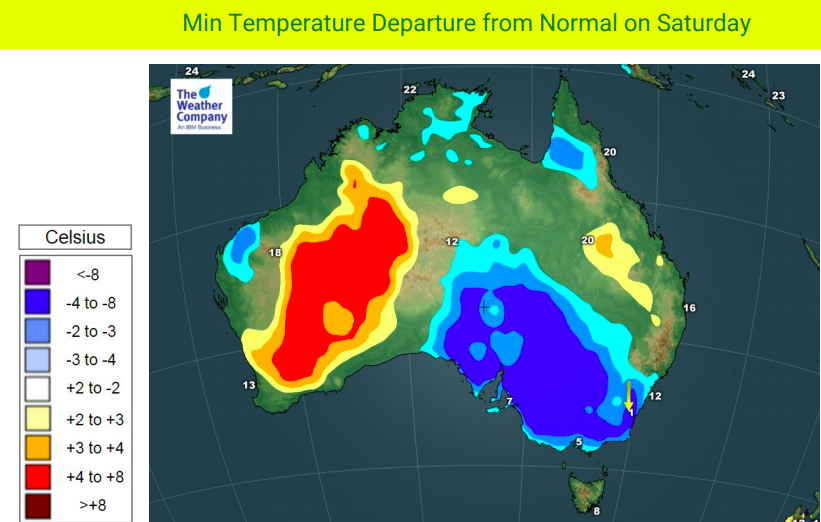 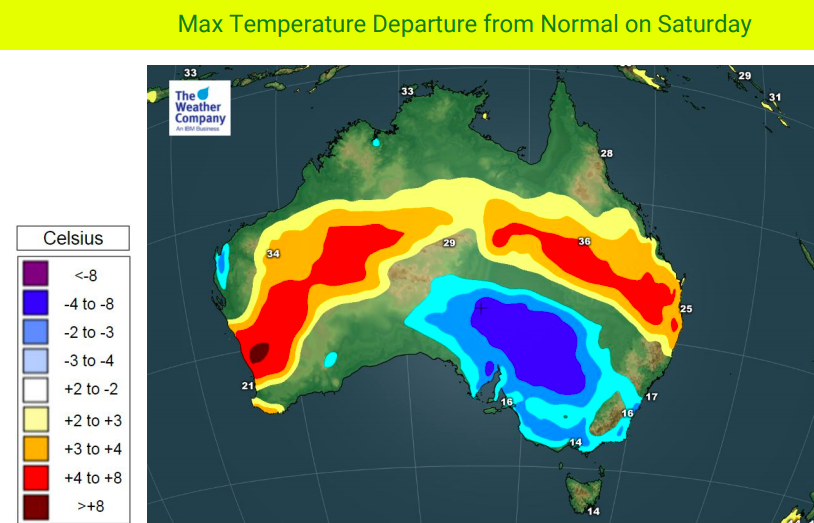 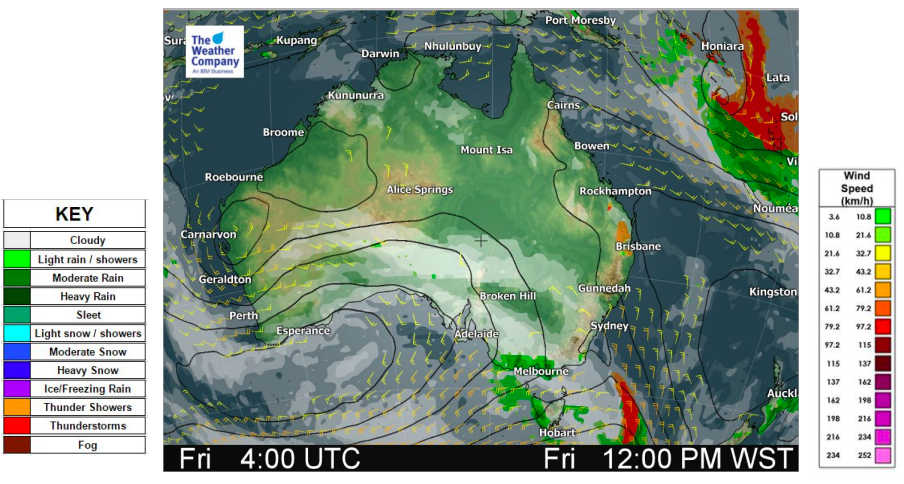 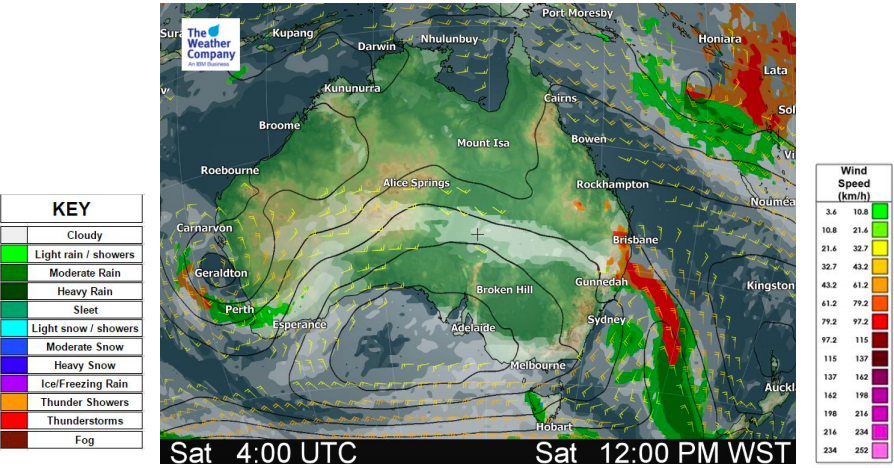 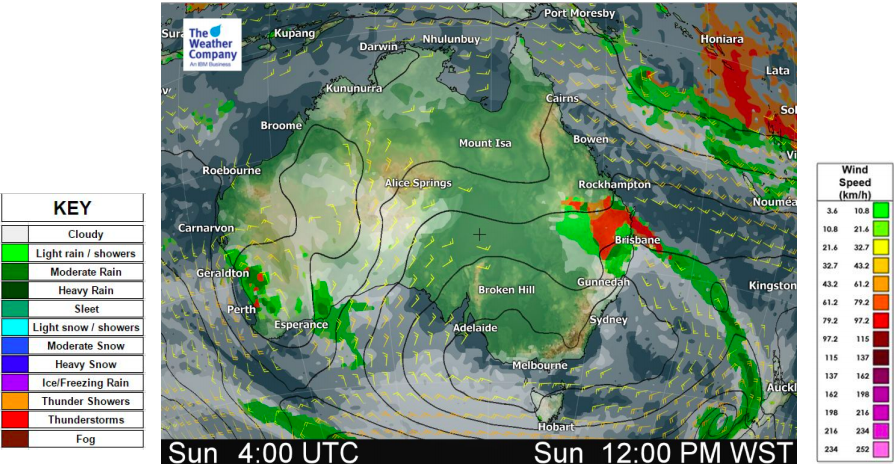