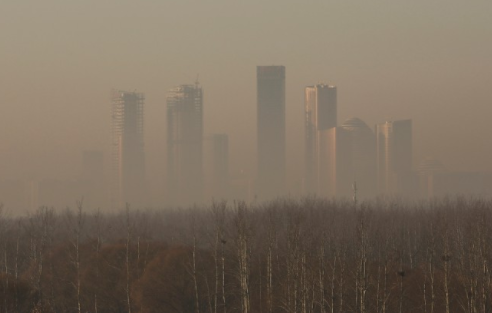 The second week of the new year has certainly brought some big headlines – with 2016 taking on a new light, as data about earthquakes and temperatures have made headlines during the past few days

The first of these saw 2016 awarded the dubious honour of most quakes ever recorded in GeoNet’s 15-year history.
GeoNet’s national monitoring network recorded 32,828 earthquakes last year.
On average the organisation records about 20,000 per year and in 2011, another very active year, 29,000 were recorded.

Last year was the hottest ever record, according to a European climate agency and a US-based climate centre.
While not all of the world’s major climate organisations have yet officially announced 2016 was the warmest on the books, many scientists have already called the year a record-breaker.

On Monday, the National Institute of Water and Atmosphere (Niwa) is also expected to confirm last year was New Zealand’s hottest.

A little further afield in China, as if recent red alerts for smog weren’t bad enough, China has now issued its first-ever red alert for fog to go along with them.
China’s national observatory issued the fog alert Tuesday in a number of northern and eastern regions.
That followed some 24 cities issuing red alerts for air pollution. Red is the most serious level in the country’s warning system.

And finally, closer to home in Fiji this week, an earthquake with a magnitude of 7.2 struck 284 kilometres off the coast of Fiji at 10.52 on Wednesday, the U.S. Geological Survey said.
The National Weather service Pacific Tsunami Warning Centre, said the quake occurred south of Fiji, and while a tsunami warning was issued and many in coastal areas evacuated, the warning was later canceled.

And finally, don’t forget to vote in our latest poll about heating(!) in mid summer…a strange year ends and another begins.