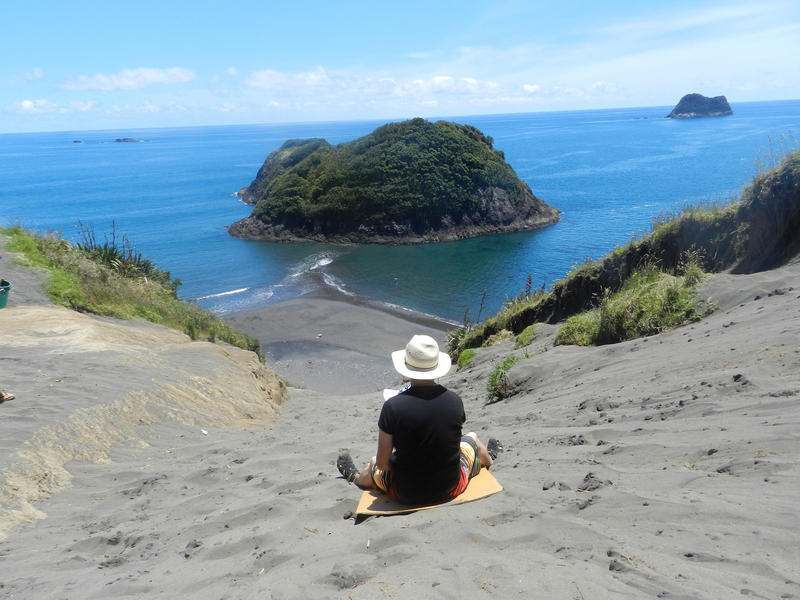 SITUATION: An anticyclone lies to the north of New Zealand on New Year’s Eve with a light to moderate westerly airflow lying over the North Island. The left over remnants of a front hang over the South Island during the day, especially the lower half.

NORTH ISLAND: For Northland conditions are mostly sunny. Auckland has cloudy areas, perhaps even a shower early afternoon then cloud breaking away in the evening to finally reveal clearer skies. The Waikato has a shower or two in the morning, cloud doesn’t break away till evening. Some cloud about western Bay Of Plenty, clearing away in the evening, eastern Bay Of Plenty has a mainly sunny day. Winds are light tending to the west in the afternoon. The lower western North Island sees mostly cloudy skies with a morning shower or two, cloud breaks to some sun in the afternoon and becoming dry, winds from the west ot northwest. Overnight some cloud may thicken up again for western parts of the North Island.

The east coast of the North Island has a mostly sunny day although expect some high cloud and northwesterlies. In the afternoon an onshore east to northeast breeze may develop.

SOUTH ISLAND: Rain for South Westland with heavy falls possible in the morning, gradually easing from afternoon with dry areas slowly increasing. Mostly cloudy with occasional showers for North Westland, clearing in the evening and cloud may even break away for a time. Winds fairly light from the west or northwest. Nelson and Marlborough are looking to have a mainly dry morning, expect sunny areas and some high cloud with west to northwesterly winds tending onshore after midday. In the afternoon a gremlin develops in the form of some instability, isolated showers may develop about hills / ranges especially for Marlborough. These showers may become heavy with thunderstorms then easing and clearing in the evening.

Canterbury sees sunny spells with east to northeasterly winds, cloud may be a little more frequent about and south of Banks Peninsula bringing the risk of an isolated shower or two. During the afternoon isolated showers about inland areas may become heavy with a risk of thunder, more so the further north in Canterbury you go but this could also occur about inland Mid Canterbury. Showers ease and clear away in the evening. From afternoon general areas of cloud will start to thicken about South Canterbury and this spreads into North Canterbury overnight.

Otago sees cloudy areas and a shower or two, more so for inland areas with drier conditions possible nearer the coast, showers should have cleared by overnight but there will still be some cloud about. Southland sees the risk of a shower or two in the morning then drying out during the afternoon, fairly cloudy but some sun may break through at times after midday, cloud more likely to break during the evening. Winds are from the southwest.

As for temperatures, at this stage the top and east of the South Island Banks Peninsula northwards, also most of the North Island is looking quite warm, high’s in the mid to late twenties for many. Hawkes Bay / Gisborne and eastern parts of Marlborough may see high’s in the thirties. The West Coast of the South Island sees temperatures reach into the high teens, early twenties north of Greymouth. Southland / Otago  temperatures reaching into the high teens or early twenties, perhaps mid twenties if you are lucky about inland parts of the far south (MacKenzie Country, inland western Otago and inland Southland). Coastal parts of the North Island stay warm into the evening / overnight with low’s in the late teens. Also coastal parts of Nelson / Marlborough. Elsewhere cools down naturally as the sun goes down over the horizon, the coolest spots will likely be Central Otago and most of the inner South Island getting into low double figures overnight.

WHAT THE LATEST MAP FROM WEATHERMAP.CO.NZ IS SHOWING FOR 7PM DECEMBER 31st: 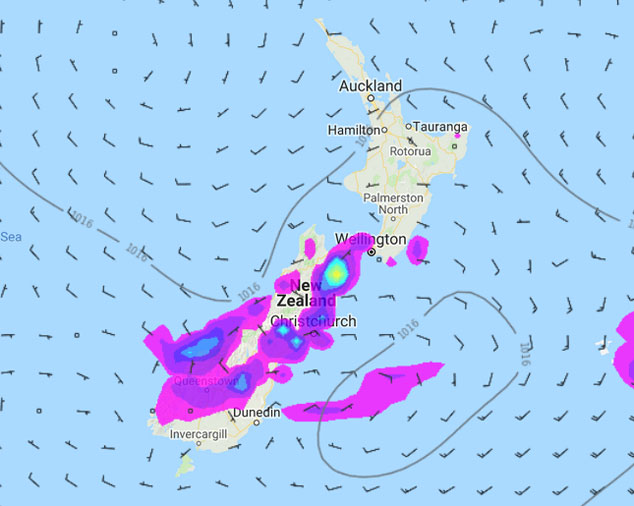