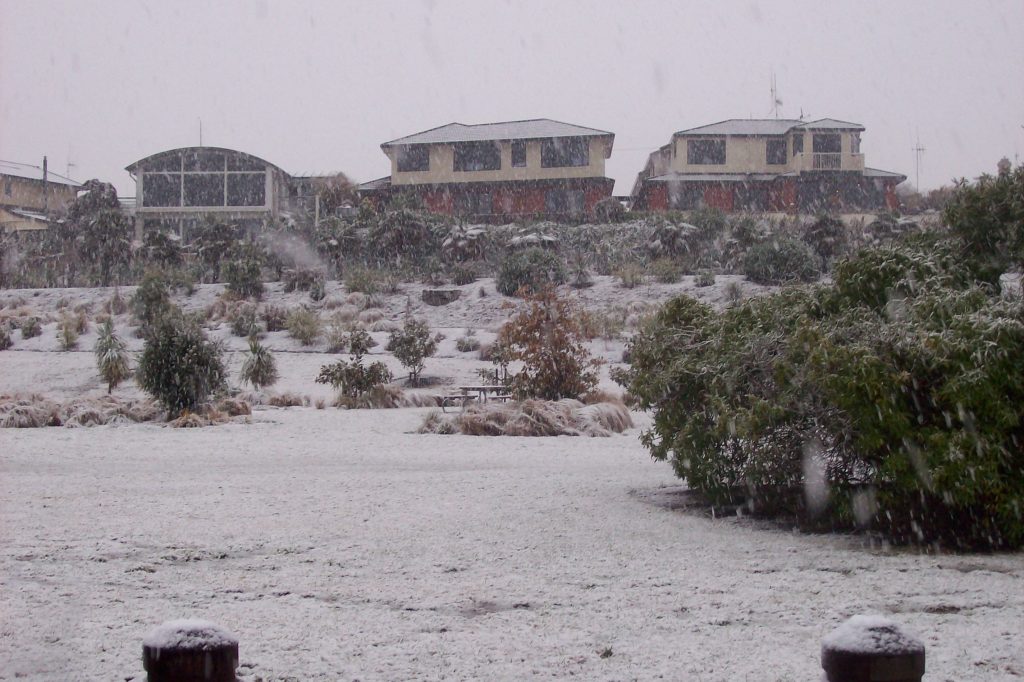 An icy blast from the sub-antarctic is expected to bring bitterly cold temperatures to much of the North Island today.

Weather Watch analyst Philip Duncan said temperatures would be low enough for snow to fall to low levels in places such as, or near, Taupo and Rotorua, which was “very rare”.

Snow could also fall as far north as the Hunua Ranges south of Auckland, and the northern tip of the Coromandel Peninsula.

Aucklanders can expect air temperatures of about 12C to feel more like 7C with the wind-chill factor taken into account.

The strong southerly would bring high winds to much of the country, with gale force gusts in Wellington and in exposed places in both islands.

Christchurch and the Banks Peninsula were warned to expect heavy snowfalls, and exposed places across the South Island were in double digit negatives.

Holidaymakers in the north of the North Island can look forward to some respite on the final day of the long weekend.

“Strong south-southeast winds will clear a lot of cloud and showers away, so Monday might be a really sunny but cold day for northern and western New Zealand.”

The rest of the week won’t be much better for most, with a large high-pressure system “snaplocking” the frozen air and bringing severe frosts to both islands on Tuesday and Wednesday.

NIWA predicts another cold month ahead, with below-average temperatures likely in many regions.

It also anticipates more frosts than usual for the South Island and central North Island.

Can we expect this boring weather we have got in chch to last all day? by boring i mean patchy cloud which does not come to much.

We expect similar weather for much of today in Christchurch.

Is there snow forcast for the manawatu? I would love to take the kids to see!

We think there will be snow on the Tararua’s but mainly on the eastern and southern slopes.  Could be to quite low levels however we don’t expect heavy falls.

Very windy in our part of Christchurch at the moment, the animals are all hugging the heater, but there are a few patches of blue sky around as well.

Snowing heavily here on farmland out of Culverden, North Canterbury.

Currently 0.6 degrees and big flakes, currently only a few blades of grass left, so guess 1-2cm so far. Expecting 20cm here as per Metservice warnings