Windy, wet, mild weekend for many ahead of Monday’s polar blast (+6 Maps) 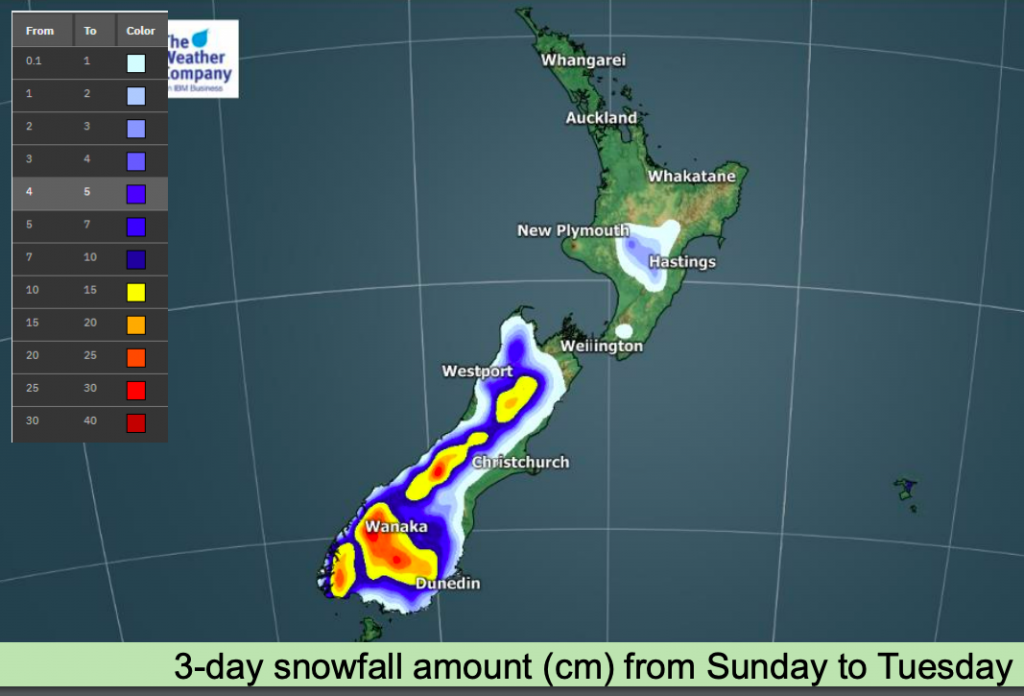 Developing —- Warmer than average weather this weekend will be the precursor to a dramatic temperature drop next week as a southerly blast moves in with polar connections.

Temperatures will plummet in the South Island on Monday, especially Southland, Fiordland and Otago, with a much colder Tuesday and Wednesday on the way for northern NZ.

Snow levels in the lower South Island haven’t been locked in yet, but “low level” usually means 100 to 200m with some flurries potentially even going to sea level (but unlikely accumulating to much or settling for long at that level).

Stormy weekend in some places:
• A high pressure off the north of the North Island and a trough of low pressure over Tasman Sea will both work to produce a strong northwesterly wind to New Zealand for the next couple of days. This wind will transport very heavy rain on the West Coast. Daily rainfall of
100-150mm or more will locally occur across the West Coast and Fiordland on Friday.

• The trough now locating over Tasman Sea will pass over New Zealand from Sunday to Tuesday, bringing widespread rain and
then snow higher up across the country. Snowfall amounts will reach 20-30cm from this weekend to early next week across high elevation areas
of the South Island. Even the North Island will see light snowfall.

• Behind the trough strong southwesterly winds will impact the eastern coast of the South Island early next week.

• Temperatures will drop notably from Sunday to Monday as wind direction changes from northwest to southwest.